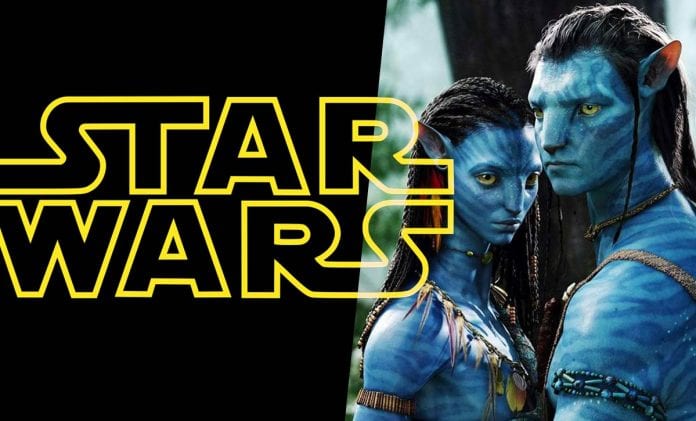 It’s not all sunshine and butterflies during SDCC at Home! This afternoon brings a big shift in Disney’s release slate for the upcoming Star Wars films and Avatar sequels.

Considering the ongoing pandemic, more movie delays shouldn’t be too surprising, but that doesn’t mean we have to be happy about it. With Warner Bros. moving Tenet to an indefinite release, many wondered if Disney would once again delay Mulan…And they have.

Instead of giving it a new date, the film has been slapped with an “indefinite delay” and pulled from the slate entirely. My guess is we’ll see some sort of Premium VOD action going on with this one.

On top of that, however, both upcoming slate of Star Wars and Avatar films have been shifted back a year from their previously announced dates:

For those wondering, Avatar 2 was at one point slated to arrive in 2014…So yeah, at this point another delay just feels natural. In other news, Star Wars fans will have to wait even longer for the next film to release. The first of the unannounced Star Wars films was set to arrive in 2022:

While we still don’t have any information on what these films are, I’ve heard whispers that the 2023 film will be Taika Waititi’s project. The director revealed earlier today he’s currently writing the script with Krysty Wilson-Cairns. With Thor: Love and Thunder set to launch in 2022, it’d would give him more than enough time to do the 2023 Star Wars film. Hopefully we’ll get confirmation at some point in the near future.

Disney also shifted around a few other things on the Fox side of their films:

So yeah, just about everything has moved about, except (somehow) The New Mutants. The Marvel slate seems untouched for the moment, but it’s already moved around a couple times so I guess we’ll have to wait and see.