* The film adaptation of Max Brooks’ World War Z has had a troubled life.  It took years to find someone to pick up the property, then it went through several re-writes and filmmakers, and just when everything seemed to be going fine…they lost funding.  Well all that has been settled and they’ve been happily filming with Brad Pitt as the star.  Now that things are on track Paramount has set December 21, 2012 as the release date.  I mean nothing says Holiday Season quite like a zombie apocalypse.

* The dangerous trend of movie studios setting release dates for sequels to movies that are still being made is continuing.  With almost a year to go before it’s release, The Hunger Games sequel (Catching Fire) now has a release date of November 22, 2013.  This one isn’t all that surprising though, seeing as how the studios have made it clear that they intend to make the complete trilogy, but it still seems premature.  I mean, what if it sucks like the Golden Compass movie did?  I’m glad those sequels never happened!

* The Smurfs 2 will be hitting theaters August 2, 2012 and the blame completely rests on you movie-goers.  There are plenty of good kid movies out there, that there’s no need to take your kids to see terrible films.  It just sets a bad example.  And now we’ll be getting a very rushed sequel that’s only going to get worse…Tsk. Tsk.

* Hot on the heels of the news about The Amazing Spider-Man 2‘s release date for Summer 2014, Disney came out with news on their own Marvel films.  Perhaps they just can’t stomach the thought of having a Marvel movie (that isn’t theirs) coming out without some sort of challenge from them?  Well, they’ve thrown down the gauntlet by announcing a release date for not one but TWO Marvel films in 2014.  The first one will land May 16, 2014 with the second coming June 27, 2014.

On top of that, they also announced a release date for another Pixar movie coming May 30, 2014.  Sadly, when they announced these release dates, they didn’t give any actual information on what films these would be.  Marvel has a plethora of properties to choose from, many of which have been rumored to be in the works, as well as a couple sequels they could slot there (Captain America 2, The Avengers 2).  It’s hard to say.  More than likely though, the mystery movies will be revealed at their big D23 Expo event later this month.

All right, that’s about it for now, but it looks like there is plenty to look forward to.  I mean with this much already announced for the next 3 Summer’s, I’m not sure how fanboys are going to keep from exploding in anticipation! 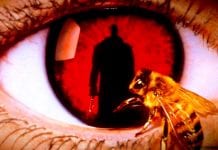 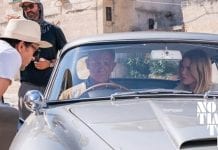