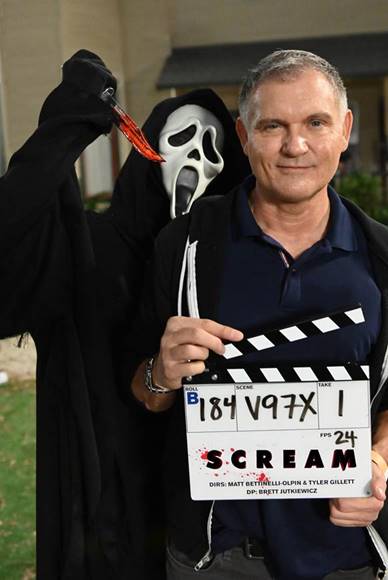 In addition to the wrap announcement, Williamson also revealed that the official title for the 5th Scream film will be simply “Scream“. When the movie was first announced, fans stormed the internet with fan art that cleverly made “Scream 5” look like “ScreamS”. However, the team at Paramount Pictures and Spyglass Media Group opted for the original title, which makes some sense given all of the original cast members returning for the film.