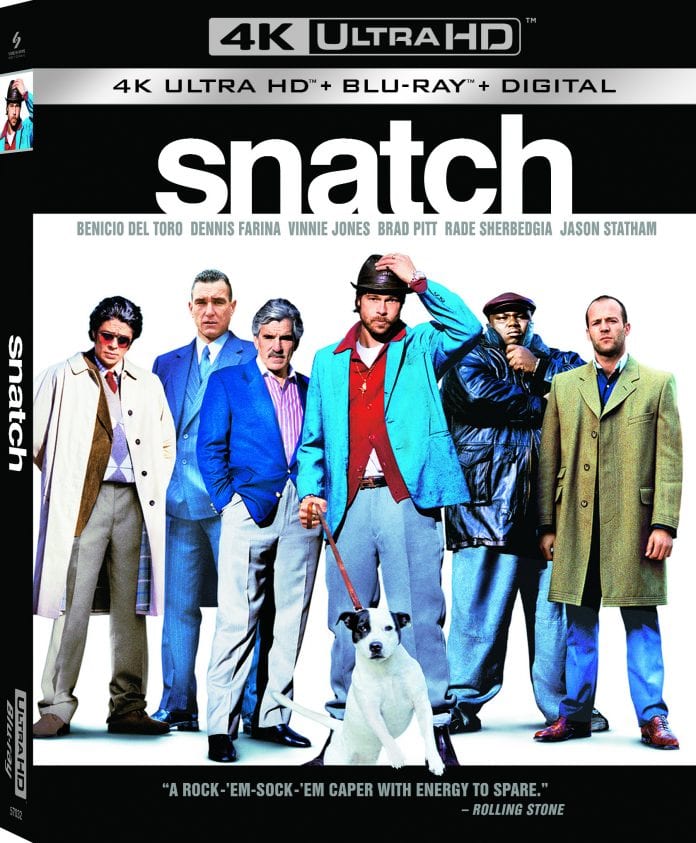 Guy Ritchie’s smash hit, Snatch, is making its way to 4K UHD, Blu-Ray, and Digital. While I also enjoyed his first film ‘Lock Stock and Two Smoking Barrels‘, Snatch was my first exposure to Guy Ritchie and I loved it. The minute the DVD was available I snapped it up and I’m gonna do the same when the 4k disc becomes available. This one is a must-buy for fans of Ritchie’s work and you will be able to own a copy of it on June 1st. Check out the details below: