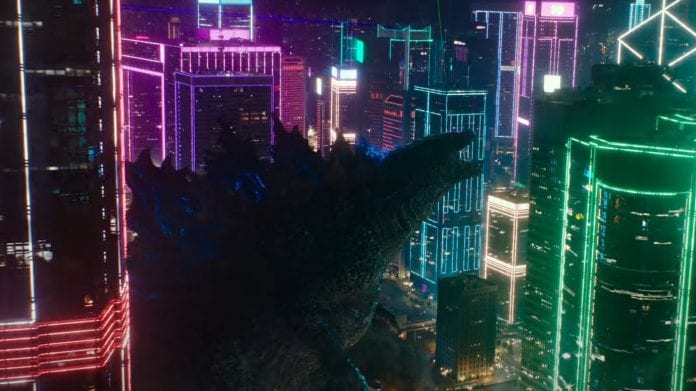 As promised, today brings our first official trailer for Godzilla vs. Kong and it packs in all manner of great action and amazingness.

At last, after numerous delays, today brings our first look at the titanic showdown between Kong and Godzilla. The trailer doesn’t skimp on the monster battling action, while also teasing a bigger story at play:

There are MANY things I’m loving about this trailer. For one, the action looks mighty impressive, but I also love seeing the connections between all the “Monsterverse” films coming together. There’s some great potential here for an amazing monster flick and being able to tie-up the “human” story elements as well. Thankfully, we don’t have to wait much longer for this one!

Legends collide in “Godzilla vs. Kong” as these mythic adversaries meet in a spectacular battle for the ages, with the fate of the world hanging in the balance. Kong and his protectors undertake a perilous journey to find his true home, and with them is Jia, a young orphaned girl with whom he has formed a unique and powerful bond. But they unexpectedly find themselves in the path of an enraged Godzilla, cutting a swath of destruction across the globe. The epic clash between the two titans—instigated by unseen forces—is only the beginning of the mystery that lies deep within the core of the Earth.