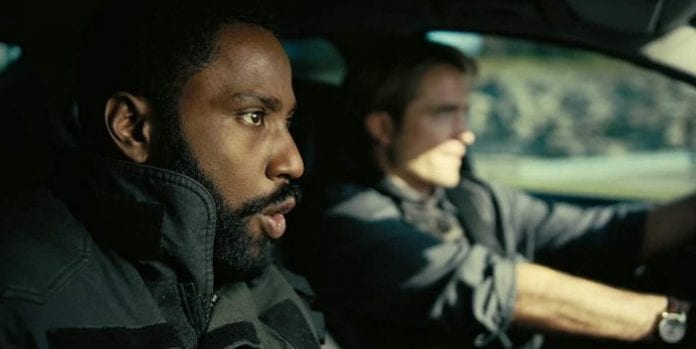 As expected, Christopher Nolan’s Tenet won’t make the August release date and has been pulled, but the studio expects to try something “different” with its launch…

Another week and another update to the ‘ol 2020 Movie Schedule has to be made. This one isn’t too surprising given the trend of the pandemic in America right now. Tenet, which was previously bumped to August 12th will no longer release on that date. For the moment, we don’t have a new date to look forward to (which is probably for the best):

“We will share a new 2020 release date imminently for Tenet, Christopher Nolan’s wholly original and mind-blowing feature,” said Warner Bros. chairman Toby Emmerich in a statement. “We are not treating Tenet like a traditional global day-and-date release, and our upcoming marketing and distribution plans will reflect that.”

From what we can make out of this, it sounds like WB is considering to go ahead and launch the film in foreign markets (where things are starting to open up again), and figure out what to do domestically. There’s word they are considering a limited launch in cities across the country that are able to open back up safely before a wider launch.

The stagger approach could be interesting, though I’m still thinking a Premium VOD (who wouldn’t pay $30 to watch a new Nolan film right now?) release would be a fantastic way to take advantage of both markets. Meanwhile, The Conjuring: The Devil Made Me Do It has been moved from September and pushed all the way to June 4, 2021. Considering they were on the brink of going back for reshoots on the horror film this past April and haven’t been able to complete those yet, this isn’t surprising either.

For now, Warner Bros. still has Wonder Woman 1984 in October and Dune in December. HOPEFULLY we’ll still get to see those happen. I’ve been waiting a long time for a new Dune adaptation so for the love of God, wear you damn masks.