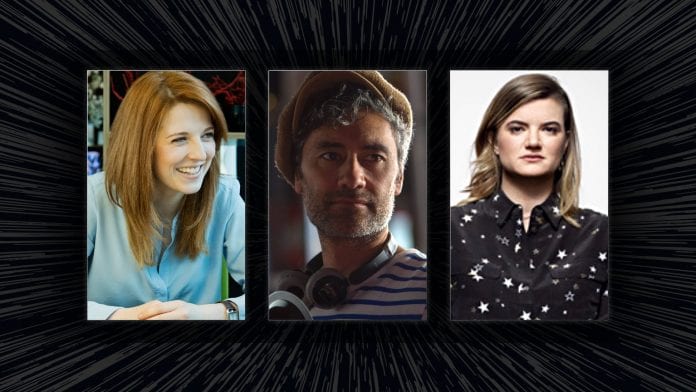 Months after rumors suggested it, Disney has confirmed that Taika Waititi will be directing and co-writing his very own Star Wars film!

Rumors of Waititi being approached to direct his own Star Wars film started back in January but at the time nothing was confirmed. Fans were practically begging for it to happen after seeing the masterful job Waititi did with the season finale of The Mandalorian. Now we have an official statement from StarWars.com confirming that Waititi will be working on his own film for Disney.

Taika Waititi will not be alone in this endeavor. His co-writer for this untitled Star Wars film will be Krysty Wilson-Cairns (1917, Last Night in Soho), who received a BAFTA Award for Outstanding British Film of the Year on the three-time Oscar-winning film, 1917.

It’s also been confirmed that Leslye Headland (Russian Doll, Bachelorette) is indeed working on her own Star Wars series for Disney+ as earlier reports suggested. Headland will write, executive produce, and serve as showrunner for the series, which adds to a growing list of Star Wars stories for Disney’s streaming platform including The Mandalorian, now in post-production on Season Two, and two other previously announced series: one based on Cassian Andor’s life prior to the events of Rogue One: A Star Wars Story and another following the adventures of Obi-Wan Kenobi between Star Wars: Revenge of the Sith and Star Wars: A New Hope.

No release date has been provided for Taika Waititi’s Star Wars film, nor is there any hint as to when in the Star Wars timeline this story might be set. However, based on the director’s work on The Mandalorian, it will definitely be well worth the wait.