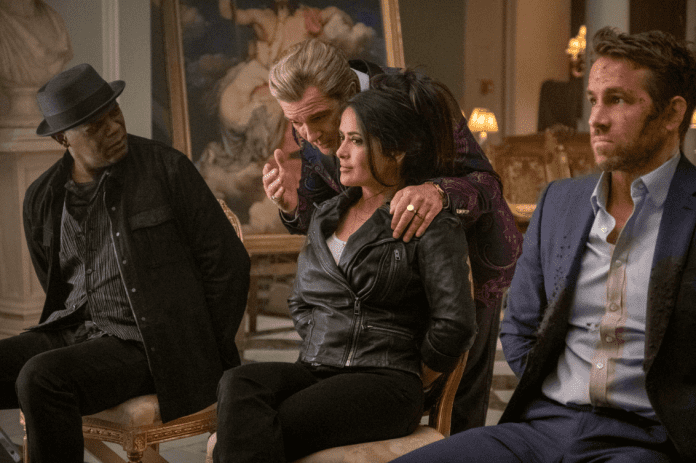 Last year, the world of cinema saw loads of new releases get pushed back further and further, due to the global pandemic. This year, it appears we’re starting to see films get pushed up. That’s evident by today’s announcement from Lionsgate and Millennium Media.

Today, Lionsgate president of Worldwide Distribution Ron Schwartz announced that The Hitman’s Wife’s Bodyguard, the sequel to the hit 2017 film, will now release on June 16, 2021.  That’s a whole 2 months earlier than was previously announced last year.

The Hitman’s Wife’s Bodyguard is a sequel to 2017’s The Hitman’s Bodyguard, starring Ryan Reynolds and Samuel L. Jackson. During its theatrical run, it sat at the #1 spot in the box office for three weeks straight, earning $176 million worldwide.

The sequel looks to add in a more prominent role for Salma Hayek (Samuel L. Jackson’s wife in the film) and raises the stakes even higher from the first film. Below is the synopsis:

In the movie, Bryce – still unlicensed and under scrutiny – is forced into action by Darius and his wife, the infamous international con artist Sonia. As Bryce is driven over the edge by his two most dangerous protectees, the trio get in over their heads in a global plot and soon find that they are all that stand between Europe and a vengeful and powerful madman (Antonio Banderas).  Joining in the fun and deadly mayhem is Morgan Freeman as… well, you’ll have to see.

The Hitman’s Wife’s Bodyguard releases June 16, 2021. After this announcement, expect a trailer to release in the near future.