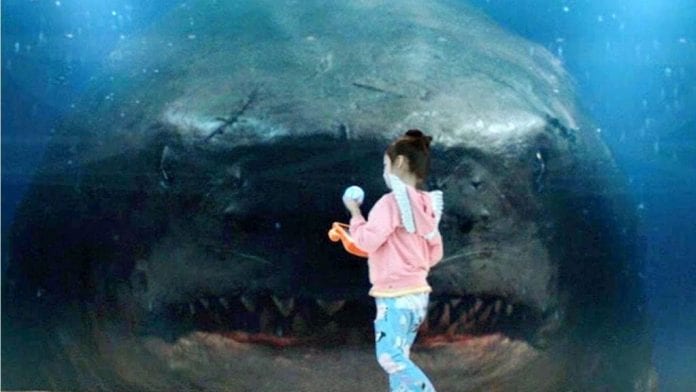 Looks like Warner Bros. is finally ready to get serious about a follow-up to The Meg by hiring Ben Wheatley to helm the sequel!

As one who loves giant monster movies, shark movies, and Jason Statham, The Meg felt like a film made specifically for me. I enjoyed it quite a bit and even with some of the campiness, was eager for more monster shark action. After a couple years with no word on a follow-up, hope is rekindled today.

THR reports that WB has hired Ben Wheatley (High Rise, Free Fire, Rebecca) to direct The Meg 2. The film will bring back much of the (surviving) cast from the first movie back, as well as the writers behind it: Dean Georgaris, Jon Hoeber, and Erich Hoeber. No word yet on what story the sequel might bring. Considering the first film didn’t exactly stick to the story of the novel it was based on, who knows if they’ll pull any ideas from the book’s sequel for this one. I hope they do, as it dealt with a deep underwater facility, more shark action, and even the discovery of another massive (supposedly extinct) creature, the Kronosaurus.

Either way, I’m very excited to see this sequel moving forward. What do you think about this one?