Apparently the Red Sonja remake has been hitting some rocky roads lately, and it looks like the entire project is going to be re-formed.  Here’s the word so far:

“The broader truth, it seems, is that the previous incarnation of the Red Sonja remake has been scrapped, as some have already speculated. Rose McGowan is off. In fact, it seems that director, Douglas Aarniokoski, is also off the project, and Millineum Films is searching for another writer, someone to take another pass at David N. White’s script. But the project is far from dead.

The potentially bigger news, here, however, is that not only is Rose McGowan out, but right now, there’s an offer out to another actress to take the role. That actress? Megan Fox.” 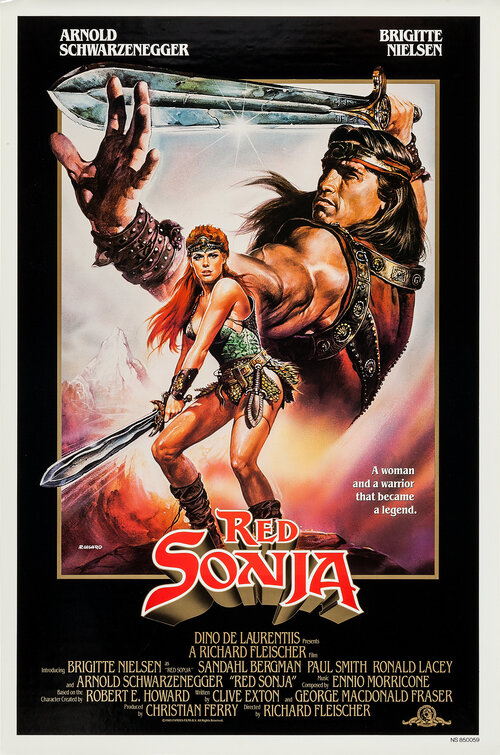 I can’t tell you how upset this new makes me.  The original film is up there among my childhood favorites, and anytime it happens to be on, I’m compelled to sit and watch it.  It’s literally like I can’t tear myself away from the screen when that movie is on (same thing happens with Conan, and Demolition Man too).

Don’t get me wrong, I think Megan Fox is excellent to look at, but I don’t feel she has the acting chops to carry a movie like this.  The character is all about empowering women and really takes a strong female lead in order to make it work. Brigitte Nielsen was perfect for the role in her time, she’s strong, confident and has the right attitude.  Megan Fox’s characters so far haven’t exactly exuded the strong woman vibe (maybe Jennifer’s Body), and for the most part she plays the uber hot chick with that sexy/spunky attitude.  That doesn’t work for Red Sonja. Megan Fox is great for eye candy and what is essentially a sidekick role, I don’t think she’s strong enough to carry an entire film by herself, let alone a role like Red Sonja.  I’ve been wrong in the past, and at this point it’s still all up in the air, but I feel this is a poor choice and one the studio is making solely to bring in the 18-25 year old male crowd.  The sad thing is I was truly looking forward to this remake (still praying for a Ernie Reyes Jr. cameo too!), but now I’m kind of…meh.