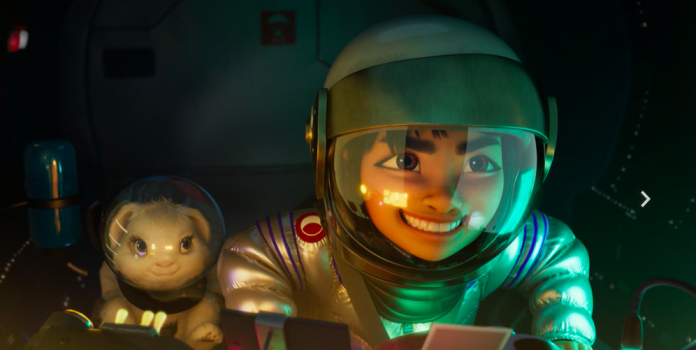 Netflix has revealed the first trailer for their new animated film Over the Moon, which follows a young girl who wants to build a rocket ship and prove the story of the moon goddess is real to her disbelieving family.

From the moment this trailer began, it had my full attention. I live for stories that tackle mythology and Over the Moon does all that and more. It follows a young girl determined to build a rocket ship to take her to the moon and meet the legendary moon goddess that only she believes is real.

Fueled with determination and a passion for science, a bright young girl builds a rocket ship to the moon to prove the existence of a legendary Moon Goddess. There she ends up on an unexpected quest, and discovers a whimsical land of fantastical creatures. Over the Moon will arrive on Netflix in the fall of 2020.