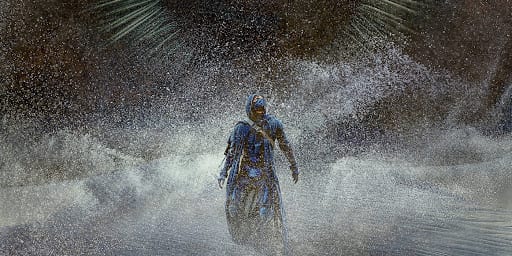 Empire Magazine has revealed the covers for their next issue, offering fans a new look at Denis Villeneuve’s Dune characters, and even a sandworm!

The hype for the new Dune movie continues. While we eagerly await the film’s first trailer (which drops online on September 9th, with a smaller teaser attached to Tenet beforehand), today brings some goodness to drool over. Empire has revealed the special covers for next month’s issue of their magazine: On top of giving us a better look at the main cast and some Fremen (including our first look at Stilgar) the special subscriber cover also gives us a teasing glimpse at the iconic sandworms from the from. To be honest, that image is gorgeous enough that I need it printed out as a poster. As a diehard Dune fan, this has been the film I’ve been looking forward to most this year. I can’t wait to see more of in action with the trailer in a couple weeks!