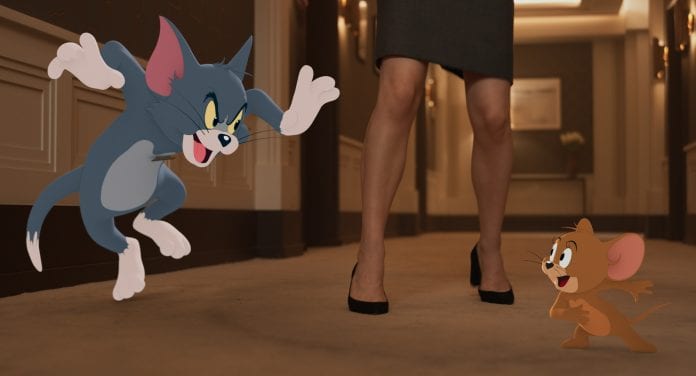 Today brings the first official trailer for the upcoming Tom & Jerry movie, which actually looks like a ridiculous amount of fun.

The iconic cat and mouse duo are making the jump to the big screen next year and this morning offers our first look at the film in action:

I wasn’t sure what to expect from this, but I wasn’t expecting to have such a huge smile on my face the whole time. This looks excellent and I’m loving the fact that it sticks with the more 2D style of animation rather than trying to make them more realistic (CG Yogi Bear realistic, not hyper-realistic).

I’m not normally big on classic cartoon to big screen adaptations, but I’ll be damned if this doesn’t look like pure delight. The story seems to have the right amount of goofy and the ‘action’ feels like it’s pulled straight out of the old cartoons I grew up with. This looks like a lot of fun.

One of the most beloved rivalries in history is reignited when Jerry moves into New York City’s finest hotel on the eve of “the wedding of the century,” forcing the event’s desperate planner to hire Tom to get rid of him, in director Tim Story’s “Tom and Jerry.” The ensuing cat and mouse battle threatens to destroy her career, the wedding and possibly the hotel itself. But soon, an even bigger problem arises: a diabolically ambitious staffer conspiring against all three of them.

An eye-popping blend of classic animation and live action, Tom and Jerry’s new adventure stakes new ground for the iconic characters and forces them to do the unthinkable… work together to save the day.

Tom & Jerry was originally slated to hit in March 2021, but the trailer and press release have left out any mention of a date. Perhaps they’re toying with the idea of bringing it to streaming/PVOD. Either way, I’m excited to check this one out whenever it arrives next year.