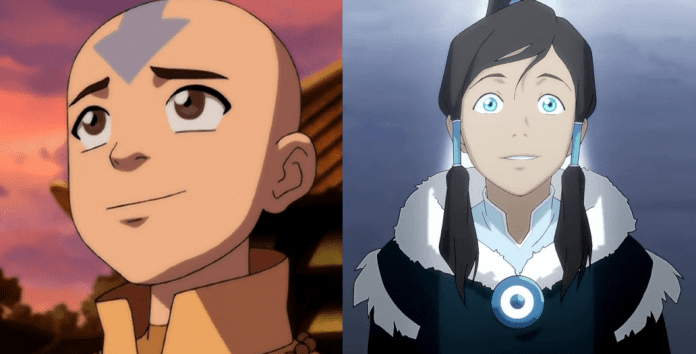 Avatar: The Last Airbender is arguably one of the best animated series ever made. Its sequel, The Legend of Korra, is also an amazing series in its own right. Over the summer of 2020, audiences were reminded of just how good both of these series are when they were put on Netflix.

Now, with their hype at a fever pitch, the creators and executive producers of the Avatar franchise, Michael DiMartino and Bryan Konietzko, have announced that they have formed a new studio, Avatar Studios.

This newly-formed studio aims to expand the beloved world of Avatar: The Last Airbender and The Legend of Korra with new animated series and theatrical films. Avatar Studios will produce this content for Nickelodeon and Paramount+, along with 3rd party and theatrical releases.

In fact, their first project will be a new animated theatrical film, which will go into production later this year. However, they did not divulge any information on what that theatrical film will entail.

DiMartino and Konietzko will serve as co-Chief Creative Officers. Both will report to Ramsey Naito, President, Nickelodeon Animation. The bosses of both of these parties, ViacomCBS Kids & Family President Brian Robbins had this to say on the studios announcement.

“Avatar: The Last Airbender and Korra have grown at least ten-fold in popularity since their original hit runs on Nickelodeon, and Ramsey Naito and I are incredibly excited to have Mike and Bryan’s genius talent on board to helm a studio devoted to expanding their characters and world into new content and formats for fans everywhere,” said Brian Robbins, President, ViacomCBS Kids & Family.

“Creator-driven stories and characters have long been the hallmarks of Nickelodeon, and Avatar Studios is a way to give Mike and Bryan the resources and runway to open up their imaginations even more and dive deeper into the action and mythology of Avatar as we simultaneously expand upon that world and the world of content available on Paramount+ and Nickelodeon,” he added.