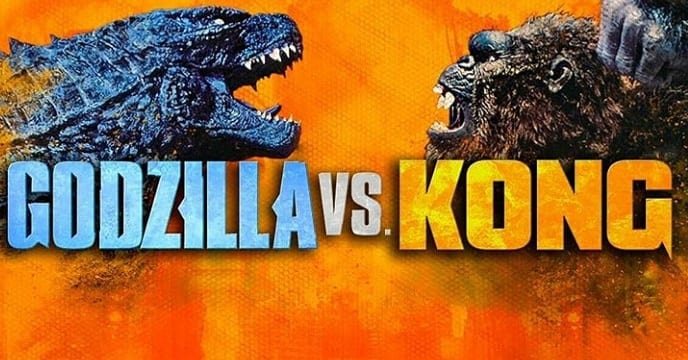 Some of the upcoming toys based on Godzilla vs. Kong have already found their way out, revealing our first real look at Kong, a new synopsis for the film, and more!

There are three certainties in life: Death, Taxes, and Toy Leaks. Oftentimes, various toys offer eager movie fans their first glimpse at an upcoming film (this is especially the case with Star Wars) and that’s definitely the case with Godzilla vs. Kong. After a handful of delays, fans are certainly anxious to finally get a look at the film in action.

While there’s still no word on a trailer (hoping soon) these toys based on the film from PlayMates should help. These images come from none other than Walmart, where they are currently for sale (hell, there’s apparently one in stock in my area I can pick up today). Not only does it give us our best look yet at King Kong’s new look in the film, we get the swanky new banner art (above) as well as a new description thanks to the toy packaging:

Legends collide as Godzilla and Kong, the two most powerful forces of nature, clash in a spectacular battle for the ages! The monster war rages on the surface and deep within our world as the spectacular secret realm of the titans known as the Hollow Earth is revealed!

Well…that certainly sets the stage for some more monsters to show up and kick ass in the film. But if THAT isn’t enough for you, one of the new toys spotted by an Instagram user (his account is currently private, but was reported on by Godzilla-Movies) revealed an actual image from the film itself! It’s blurry and grainy, but I’ll be damned if I don’t absolutely love everything about this. What do you think of all these new looks?