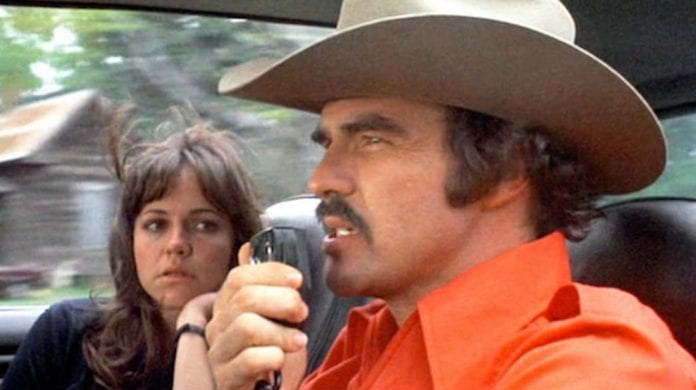 It seems to be a trend these days to remake movies into television series, and now we can add Smokey and the Bandit to that list, as David Gordon Green is developing a series adaptation of the iconic 1977 film.

The series, based on the 1977 film starring Burt Reynolds and Sally Field, is being developed by David Gordon Green and is described as follows:

“an epic adventure of family, small-town crime, unlikely heroes, legend and legacy. Inspired by the genre of 70s and 80s drive-in double-features, the series explores the crossroads where humble realities meet those larger-than-life, all in a blast of tailpipe exhaust.”

Given that the original film was based on the idea of illegally transporting beer across state lines in a set period of time, I’m not exactly sure how this will translate into a full blown series, but I’m curious to see how they go about it. Green is set to direct the pilot and will co-write with Brian Sides.

There’s no release window available for this Smokey and the Bandit series, nor is it clear if the series will be exclusive to a given streaming service or be on regular television (or both). As I said, it will be very interesting to see how they turn this movie into a full blown television series.