Adam West loved playing Batman. Beginning with the Batman Tv show (1966-1969), he continued being involved with DC Batman projects, including Batman: the Movie (1966), The Super Friends (or Super Powers Team), the New Adventures of Batman, Tarzan and the Super Seven, The Legends of the Super heroes, Batman: the Animated Series, the Batman: New Times video game, The 2004-2006 Batman cartoon, Batman: the Brave & the Bold, Robot Chicken, Batman: Return of the Caped Crusaders, and the upcoming Batman vs. Two-Face. Through all these projects, for over five decades, West voiced either the Batman or one of his supporting cast.

West grew up a comic book fan and had a big cache of Batman books. He started his show business career as a radio disc jockey. After a stint in the army, were he performed on an armed forces TV station for the troops, West got into acting profesionally and appeared in the Hawaii-based kiddy show The Kini Popo Show, along with Peaches the Chimp.  When he appeared in a Nestle’s Quick commercial, doing a parody of James Bond, West came to the attention of ABC executives who were looking for someone to star in their satirical new version of Batman.

As early as 1965, ABC wanted to make a show about a well-known, established hero, hoping it would run as long as the popular Adventures of Superman series with George Reeves had run. They polled viewers to determine which hero the public would like see starring in a weekly series. Among the candidates were the Phantom, the Green Hornet, Dick Tracy and the Shadow. The result was Batman wining by a landslide.

The original concept of the show was for it to be a moody action/drama. Mike Henry (who had played Tarzan in the movies) was the first choice for the role of Batman/Bruce Wayne. He left the project when it was moved up to January. The final two actors in contention for the lead were Lyle Waggoner (who would later go on to play Steve Trevor in Wonder Woman) and West. Two pilots were filmed, one with each actor. The Waggoner version was done in a serious, somber manner, while the West version added an element of satire and campiness. West played alongside Burt Ward as Dick Greyson/Robin. (Waggoner’s Robin was Peter Deyell).  ABC chose to go with the more humorous version, and so West and Ward got the roles that would define them for their lifetimes. West would go on to win the “Most Promising New Star” award in 1967.

Batman was such a success during its first season, that it became the “It” show for celebrities to appear on. Everyone who was anyone wanted to guest star on Batman because that was the cool thing to do in 1966. Established movie stars like Burgess Meredith, Cesar Romero, Cliff Robertson, Art Carney, Van Johnson, Vincent Price, Eli Wallach, Roddy McDowell, Joan Collins, Anne Baxter, Victor Buono, David Wayne and many others all eagerly appeared on the program. Other big names wanted to appear but never managed to fit it into their scheduled, including Frank Sinatra and Clint Eastwood.

What made Batman so unique at the time, and what keeps his version of Batman so beloved today, was the campy satire, which parodied everything from the super hero genre, to popular music, to politicians of the time (Gotham’s Governor Stonefellow and Mayor Linseed were parodies of NY Governor Rockefeller and Mayor Lindsey.)  The show was exceptionally clever in adding in absurdities that went over the heads of children who saw it as a straight adventure show but amused adults who got a laugh out of the satiric aspect.

Batman was arguably (I would say definitely) the best satire of the super-hero genre ever done. Why? Because unlike other parodies and satires, Batman allowed the hero to remain a formidable crime fighter and not a goof. If you look at parodies like Mystery Men, the Tick, Hancock, Captain Nice, the Greatest American Hero and practically every other one, the humor comes from the fact that the hero is incompetent. Other parodies almost always portray the hero as either being stupid, cowardly, crazy or otherwise inept.  Generally, the wacky hero wins through luck or by getting help from a smarter sidekick. What is so unique about Batman as a parody is that the hero is portrayed as smart and formidable. No one ever looks down on Batman as a bungler or klutz. Batman is always the smartest guy in the room and the bad guys invariably see him as a serious threat.

The show was possibly too weird and surreal for its own good and the wild popularity of Batman ended up being sadly short-lived. Season Two saw an inflated budget but declining ratings. An attempt was made to salvage the series by cutting it down to one show per-week (eliminating the popular cliffhanger aspect of the series) and adding in Batgirl (Yvonne Craig) to the mix. This all backfired and the ratings dropped like a stone by the end of year three. Batman was supposed to be picked up by NBC after the cancellation was announced, but by the time the offer was made, the standing sets (the Batcave/Wayne Manor/Police headquarters) had all been dismantled and bulldozed. When NBC found out they would have to pay to reconstruct the expensive sets, they retracted the offer to pick up the series. What had been the hottest show on TV in 1966 was dead in the water by the summer of 1968. Although the show went off the air, West was not quite done with the cowl yet.

West was so typecast as the caped crusader of Gotham City that he was unemployable for several years after the show, making a living doing personal appearances and autograph signings. He started getting work again by 1971 but his career would never again attain the heights it did during his Batman run. He would work consistently in television—mostly in voiceover animation—for the next few decades, often in Batman related projects. In 1991, he starred in the TV movie Lookwell which was meant to be a pilot for a planned Tv series but the show was never picked up.

West always loved interacting with his fans at conventions and various personal appearances. Despite being typecast, West never lost his love of putting on the cowl and playing Batman. His family referred to him as “The Bright Knight”, since his stalwart, upright, optimistic version of the Batman contrasted with later versions.

On a personal note, I grew up with Adam West, and he was always Batman to me. Despite the silly campiness of the old show, West had a passion for the part that no other actor since as equaled. For many of us old guys, he’ll always be the real Batman. 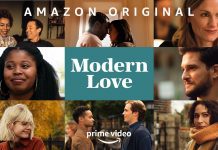 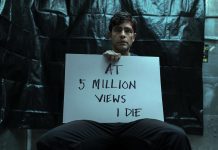