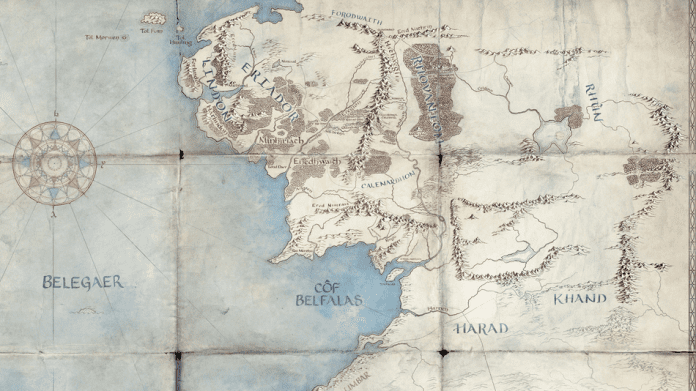 In exciting news, Amazon Studios has released the official synopsis for the long-gestating Lord of the Rings series.

It seems like we’ve been waiting an eternity for Amazon Studios to bring forth their Lord of the Rings series. Ever since it was revealed that the series would take place in the Second Age of Middle-earth, Tolkien fans have been chomping at the bit to find out more. Well, we’ve finally gotten our wish as Amazon Studios has revealed an official synopsis that was definitely designed to whet our appetites:

Amazon Studios’ forthcoming series brings to screens for the very first time the heroic legends of the fabled Second Age of Middle-earth’s history. This epic drama is set thousands of years before the events of J.R.R. Tolkien’s The Hobbit and The Lord of the Rings, and will take viewers back to an era in which great powers were forged, kingdoms rose to glory and fell to ruin, unlikely heroes were tested, hope hung by the finest of threads, and the greatest villain that ever flowed from Tolkien’s pen threatened to cover all the world in darkness. Beginning in a time of relative peace, the series follows an ensemble cast of characters, both familiar and new, as they confront the long-feared re-emergence of evil to Middle-earth. From the darkest depths of the Misty Mountains, to the majestic forests of the elf-capital of Lindon, to the breathtaking island kingdom of Numenor, to the furthest reaches of the map, these kingdoms and characters will carve out legacies that live on long after they are gone.

Let’s focus on the good part first: it’s been officially confirmed with this synopsis that we are going to finally see the kingdom of Numenor, a legendary location that many fans (like me) have been dying to see brought to the screen. Also, the line “kingdoms rose to glory and fell to ruin” makes me convinced that we’re going to see Numenor’s rise AND colossal fall. I think many assumed this would be the case once the Second Age of Middle-earth setting was confirmed, but it’s nice to have the synopsis say as much in words. It’ll also be nice to see an elven location (in Lindon) that isn’t Lothlorien or Rivendell. Both are beautiful locations, but it will be nice to see something new.

That being said…this synopsis, while tantalizing, is also deeply infuriating because it’s extremely light on details. You will note that no characters are mentioned by name, though we all know that the “greatest villain” alluded to in the synopsis refers to Sauron. But outside of that, there’s no telling who we’re going to see for sure. We still don’t know who the main characters will be, or what will set the plot into motion. We have a lot of general background information but that’s about it. I assume we’ll have to wait until the first teaser footage is released to find out more. This is very frustrating because when I saw that the “synopsis” had been released, I assumed that we would get some relevant plot details. I understand that Amazon Studios naturally wants to build up some suspense, but at some point they need to tell us, their potential audience, who the main characters are so we have some idea of what’s going on once the show comes out.

The Lord of the Rings is scheduled to premiere on Prime Video sometime this year, though an exact release window has not been named. What do you think of the official synopsis?