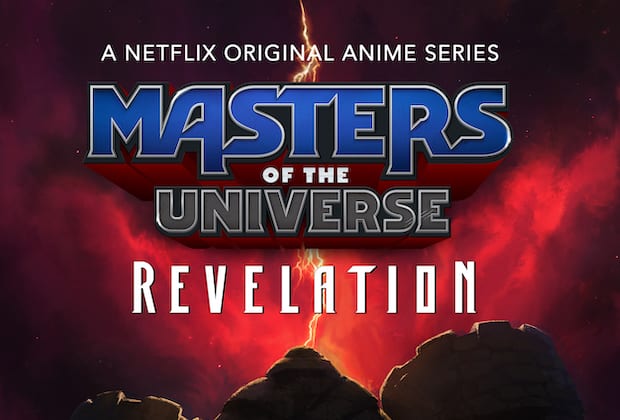 Kevin Smith’s Masters of the Universe: Revelation just got even more interesting because none other than Mark Hamill will be voicing He-Man’s nemesis Skeletor!

That Kevin Smith was working on a new Masters of the Universe series was already exciting news, but now that excitement can reach a new level as we’ve received word that the legendary Mark Hamill will be voicing Skeletor, one of the most iconic villains that has ever existed. While many know him as Luke Skywalker, Hamill has spent decades working as a voice actor, perhaps best known in that realm for his lengthy role as the Joker in Batman: The Animated Series and subsequent series and video games.

But that wasn’t all we learned. Not only do we know that Mark Hamill will be voicing Skeletor, we’ve also learned the full voice cast for the series. That list is as follows:

It’s a list loaded with talent to say the very least. Eagle-eyed readers will note this casting reunites Mark Hamill with Kevin Conroy, who starred as Joker and Batman respectively in Batman: TAS. There’s also a mini-Game of Thrones reunion as Lena Headey (Cersei) and Liam Cunningham (Ser Davos) are also involved in what’s sure to be a great series.

Here’s the description we have for Masters of the Universe: Revelation:

Masters of the Universe: Revelation is an upcoming Netflix Original anime series created by Kevin Smith and based upon the characters of Masters of the Universe. The series will be produced by Powerhouse Animation Studio and is the third series produced by the studio after Castlevania and Seis Manos. Smith, will be joined by four writers to help create the story; Marc Bernardin (Castle Rock), Eric Carrasco (Supergirl), Diya Mishra (October Faction) and Tim Sheridan (The Death and Return of Superman).

There’s no release date yet for Masters of the Universe: Revelation but it is expected to be on Netflix sometime this year.