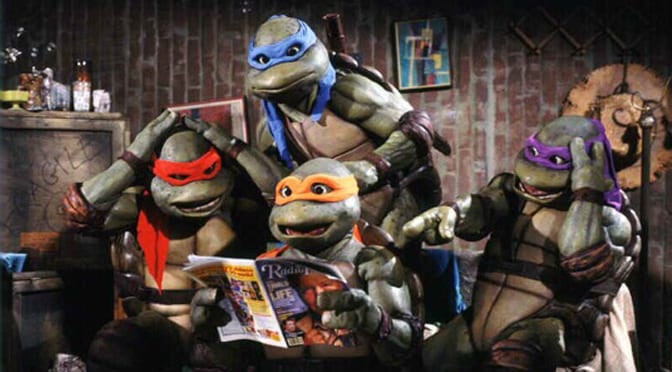 Everyone’s favorite pizza-loving, skateboard riding, Shredder-beating turtles are set to join Star Trek, The Twilight Zone, and a whole bunch of CBS programming. That’s because a live-action Teenage Mutant Ninja Turtles series is reportedly in the works for CBS All Access.

According to The Cinema Spot, CBS, Paramount, Nickelodeon, and a bunch of other ViacomCBS-owned companies are collaborating to develop the series for their streaming service.

The synopsis of the series reads:

“In a future New York City far different from the one we know today, a lone surviving Turtle goes on a seemingly hopeless mission to obtain justice for his fallen family and friends.”

As of this writing, no official series order has been given. It’s also not known who will write, direct, star in the project or even how close we are to a pilot. That said, if it all comes together a series becomes a reality, that would be pretty radical.