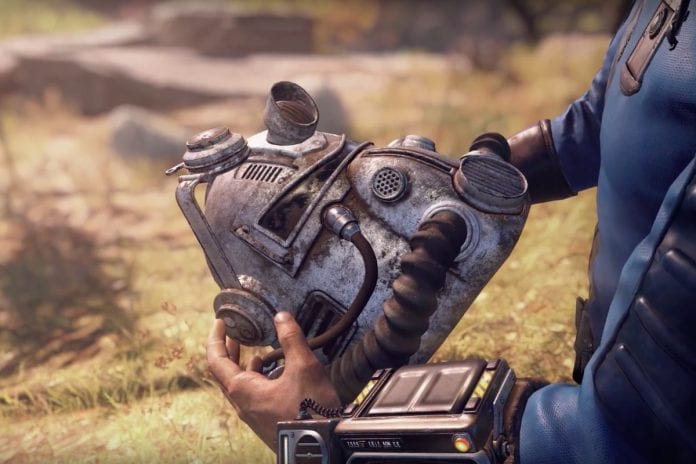 Fallout is one of Bethesda’s best video games series to date, though the studio struggled with the release of their first online Fallout, FALLOUT 76, they are consistently trying to find ways to expand upon the universe. Today, Bethesda and Amazon Studios have announced that Kilter Films is in pre-productions of the new Fallout series and will be coming to Prime Video. If you don’t know Kilter Films is the studio that produced Westworld for HBO…so I think it goes without saying that this series will be an imaginative and crazy show.

This series will have a ton of producers starting with executive producers Jonathan Nolan and Lisa Joy, and Athena Wickham for Kilter Films. The project will also have co-executive producers Todd Howard and James Altman of Bethesda. This is very exciting news, to say the least, one thing I have always wanted from the Fallout universe was theatrical release and it looks like we will be getting some form of that. Below are a few comments Lisa, Jonathan, Todd had to say about the announcement and upcoming series.

“Fallout is one of the greatest game series of all time. Each chapter of this insanely imaginative story has cost us countless hours we could have spent with family and friends. So we’re incredibly excited to partner with Todd Howard and the rest of the brilliant lunatics at Bethesda to bring this massive, subversive, and darkly funny universe to life with Amazon Studios,” said Lisa Joy and Jonathan Nolan, Kilter Films.

“Over the last decade, we looked at many ways to bring Fallout to the screen,” said Todd Howard, Executive Producer at Bethesda Game Studios. “But it was clear from the moment I first spoke with Jonah and Lisa a few years ago, that they and the team at Kilter were the ones to do it right. We’re enormous fans of their work and couldn’t be more excited to work with them and Amazon Studios.”

Just reading those comments gets me so excited for what is to come from the wild series. I can only hope we will see a multitude of Vaults, characters, and creepy creatures from this expansive world. Until the Overseers at Bethesda and Amazon give us more details though, this is all we have on the series. Check back here for more news and check out the teaser trailer below!

We looked at many ways to bring #Fallout to the screen and couldn’t be more excited to work with Jonathan Nolan, Lisa Joy and the team at #KilterFilms and @AmazonStudios. We’re huge fans of their work.https://t.co/QvbABKmpFo pic.twitter.com/reaEuYmcdv