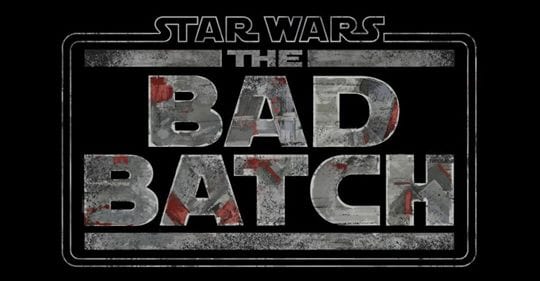 After the rousing success that was Star Wars: The Clone Wars Season 7, Disney announced today that Star Wars: The Bad Batch will be coming to Disney+ in 2021.

Directly spun-off from the titular Bad Batch featured in the first part of season 7 of The Clone Wars, Star Wars: The Bad Batch will continue their story in an animated series currently set to premiere sometime in 2021.

The preliminary synopsis reads as follows:

The series follows the elite and experimental clones of the Bad Batch (first introduced in The Clone Wars) as they find their way in a rapidly changing galaxy in the immediate aftermath of the Clone War. Members of Bad Batch – a unique squad of clones who vary genetically from their brothers in the Clone Army — each possess a singular exceptional skill which makes them extraordinarily effective soldiers and a formidable crew. In the post-Clone War era, they will take on daring mercenary missions as they struggle to stay afloat and find new purpose.

Seeing a series set immediately after Order 66 (and Revenge of the Sith) will be great, since this will fill in the gaps in an era that we still don’t know too much about. This will also provide a great way for Dave Filoni to let us glimpse other characters post-Clone Wars and pre-Rebels and I’m willing to be there will be a lot of Easter Egg cameos to watch out for.

Star Wars: The Bad Batch will arrive on Disney+ sometime in 2021.