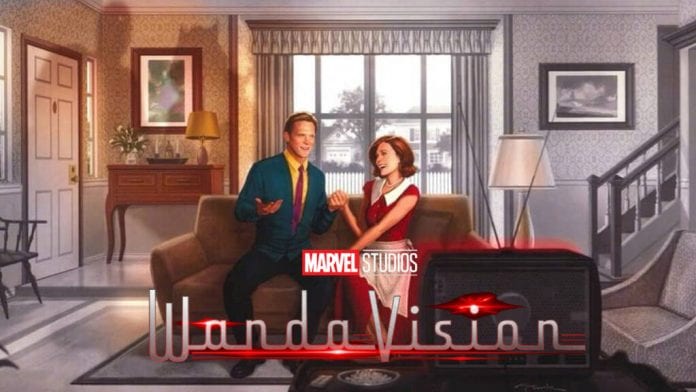 To kick off the New Year, Disney+ released a trailer offering fans a look ahead to what’s coming, revealing a new Muppets show and an earlier WandaVision.

Looks like eager Marvel fans won’t have to wait as long as they initially thought to see the upcoming WandaVision show. During Marvel’s big SDCC panel last year, they announced WandaVision would arrive in Spring 2021, but this morning, Disney+ revealed that it will be hitting this year.

Sadly, we still don’t have an actual release date/window for it, but it seems that Fall would likely be a safe bet. Considering that, it also seems likely that The Falcon and The Winter Solider (originally slated for Fall of this year) will get moved slightly forward as well so they aren’t competing with one another.

On top of that, the trailer reveals a new Muppets series called, Muppets Now, will be dropping this year. Considering the previous Muppets show that was in the works for the streaming series was cancelled before it got off the ground, it’s nice to know the property is still getting used. We also get (very) quick glimpses of footage from The Clone Wars, Lizzie McGuire, and more:

In 2020, Disney+ subscribers can look forward to a diverse line-up of new content including the highly-anticipated return of Hilary Duff in “Lizzie McGuire,” Marvel Studios’ first original series “The Falcon and the Winter Soldier” and “WandaVision,” the final season of “Star Wars: The Clone Wars,” the Muppets unscripted series “Muppets Now,” original movies “Timmy Failure: Mistakes Were Made,” “Stargirl,” “The Phineas & Ferb Movie: Candace Against the Universe,” and “Secret Society of Second Born Royals,” docuseries “Rogue Trip” and “Becoming,” and season two of hit series “The Mandalorian” and “High School Musical: The Musical: The Series.” Disney+ is also the exclusive streaming home for the biggest blockbuster films from Walt Disney Studios including “Aladdin,” “Toy Story 4,” and “The Lion King.”

Sure seems to be a lot to look forward to in 2020 with Disney+, so maybe hold onto those subscriptions even though The Mandalorian is over for now. Which of these are you most looking forward to watching this year?