THE SET-UP
A trio of kids become their favorite comic book heroes – the BeetleBorgs – when they stumble across a haunted house and a phasm who grants their wish. Season One Volume One includes the first 27 episodes of the first season.

THE DELIVERY
If you grew up in the 1990s, you have Saban to thank for making your childhood both weird and awesome. Their knack for repurposing Japanese action shows for young American audiences may have seemed silly at the time, but it laid the groundwork for our current obsession with Japanese pop culture.

Big Bad BeetleBorgs is a goofy, strange, and oddly entertaining kid’s show that did not win over many critics at the time of its premiere in 1996. It did, however, sell a lot of toys as part of the ever-expanding Saban universe that already included Power Rangers and VR Troopers.

The premise goes something like this: three kids find a haunted house inhabited by a phasm named Flabber, a genie-like creature that looks like a cross between Jay Leno and Steven King’s It. Flabber grants the kids their wish to become real-life Beetleborgs, a trio of comic book characters who run around in brightly colored armor and drive awesome Japanese vehicles while they protect the Earth from evil. Got it?

For some reason, living in the haunted house with Flabber is a trio of monsters that look like the Universal monsters. There is a Frankenstein-type monster (called Frakkenbeans, the best name ever), a mummy, and a Dracula-type vampire. Later on, a werewolf joins them, who talks like Scooby Doo on meth. It’s funny in a car-wreck sort of way. These monsters are more bumbling and stumbling than scary, and hang around basically for comic relief.

Each episode basically builds to a fight where the kids don their Beetleborg armor and drive their vehicles into battle. That’s where the original Japanese footage (from the show Juukou B-Fighter) was used, to nice effect.

If you aren’t in the 8-to-12 year old range this show aims for, Beetleborgs will likely test your patience at times. The jokes are corny and often fall flat. The acting couldn’t buy an Emmy, but all of that really isn’t the point. For all its’ cheesiness, Beetleborgs at least has an active imagination and manages to entertain. I could be harsher on this show, but really this was to the 1990s what Adam West’s Batman was to the 1960s and what the Sid and Marty Krofft shows were to the 1970s. It’s all silly fun. If this was your thing back in the day, just sit back and enjoy it.

VIDEO AND AUDIO
The video quality of the episodes is surprisingly soft, showing a distinct lack of detail in the image overall. While the video on the American side of the show is average; the Japanese scenes is actually worse. They show more grain and fuzziness, obviously from their age and source material. The quality of the video overall improves in later episodes, but I expected better.

The colors are strong, especially when the creatures of the haunted house are featured. The colors for the Beetleborgs themselves are bright and bold, at least in the American-produced scenes. The sound is a 2.0 Dolby Digital mix, about what I expected, but it is effective. There is good clarity, and voices are strong and balanced well with the music and sound effects.

An lackluster video transfer and no special features hurt this release, which will probably get a lot of attention from nostalgic 90s fans. However, it is priced to sell at $19.93 retail, so it should be bargain-priced at both online and brick-and-mortar stores. Even with the series’ first 27 episodes crammed onto three discs and a low price, we can recommend this as a “buy” to only the most diehard fans.

Click here to order Saban’s Big Bad Beetleborgs Season One Volume One on DVD from Amazon! 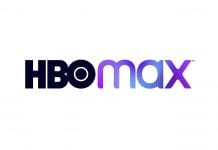