THE SET-UP
This selection of 12 episodes from the Disney Channel animated series Phineas and Ferb highlights the exploits of secret animal agent Perry the Platapus and his friends in OWCA (The Organization Without a Cool Acronym).

THE DELIVERY
I had never seen a single minute of Phineas and Ferb prior to receiving this DVD to review. In fact, I wondered if the turquoise platypus on the cover was Phineas or Ferb. I was aware of the series, of course, but I can’t say I watch the Disney Channel with any regularity.

I was pretty surprised after watching a few episodes, but this is a very funny show, something along the lines of the classic Looney Tunes. It’s clever without being annoying, and has some genuine humor without going for the cheap laugh. It’s quirky fun, and it is the sort of show a parent can watch with their kid and not feel like they are wasting their time.

In case you weren’t aware, Phineas and Ferb are genius brothers who spend their summer vacation crafting incredible inventions and having adventures around the world. Their sister Candance is wise to their actions, but their mother is oblivious. It’s silly fun, and for once, we get some modern cartoon characters that aren’t loud and obnoxious. Instead, they have some personality and crack some actually funny jokes.

This DVD collection include 12 episodes that feature Phineas and Ferb’s pet platypus Perry and his animal friends. Unbeknownst to the brothers, the animals are secret agents (Perry is known as Agent P), and usually get involved in missions that end up saving the day for everyone. The animals are members of the Organization Without a Cool Acronym (OWCA), and include cats, rats, ducks, and in one particular episode, a shaky Chichuahua.

Included in the set are the following episodes:

“Journey to the Center of Candance” (Episode 1.20)

The voice acting is very good, with Vincent Martella (Greg from Everybody Hates Chris) providing the voice of Phineas and Thomas Brodie Sangster as Ferb. Ashley Tisdale (High School Musical) is their big sister Candance, and Caroline Rhea is Mom.

The episodes are a funny mash-up of Dexter’s Laboratory and James Bond, and even when the plots are silly, we still get a fair share of laughs. It is a cartoon worth watching and sharing with your kids.

VIDEO AND AUDIO
The animated video image is pretty solid for a standard DVD. Colors are bright and vivid, and there is some good sharpness in the image. The audio is a fairly standard 2.0 Dolby Digital mix, which doesn’t do anything special or reference worthy, but it gets the job done.

SPECIAL FEATURES
There isn’t much in the way of extras here, but we do get a series of “Take Two” shorts in which Phineas and Ferb host a two minute talk show featuring real celebrities. You get six shorts, with Cedric the Entertainer, David Beckham, Jason Segel, Shaun White, Miss Piggy, and Ben Stiller. Stiller’s interview, naturally, is the best of the bunch.

The DVD packaging also contains a “spy kit” featuring paper binoculars, trading cards, and an ID badge. Kids will definitely get a kick out of it.

Phineas and Ferb: Animal Agents works well as a “best of” DVD collection, which I usually don’t care for, but it works here. Some of the seasons these episodes are pulled from have over 50 episodes in each, so getting 12 of the best ones with a similar theme is a nice idea. As a Phineas and Ferb newbie, I found the cartoons entertaining, so fans of the show will likely enjoy it. With over 2 hours of content, it is well worth the price (under $20), which makes it a definite “buy” in our book.

Click here to order Phineas and Ferb: Animal Agents on DVD from Amazon! 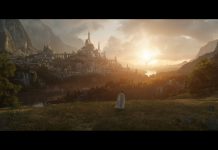 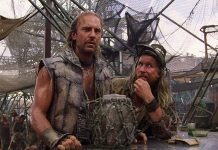