The last remaining Marvel-Netflix show, Jessica Jones, is set to air its farewell season in a few weeks.  Find out when in the Release Date Announcement trailer.

For some time now, it’s been a foregone conclusion that the deal struck between Marvel and Netflix would be coming to an end.  It started with the cancellation of Iron Fist, then Luke Cage, followed by Daredevil and The Punisher.  Now, there’s just Jessica Jones, the last show of the Marvel Studios-Netflix era, and Netflix isn’t even hiding that Season 3 will be its last.

As opposed to the previous Marvel-Netflix shows, Netflix is coming right out and telling us that this is the Final Season of Jessica Jones.  Previously, fans had to wait until a couple of days/weeks later, after the final season had aired, to know that the series had been cancelled.

There’s still always a chance that Disney will revive these series, in some capacity, with Disney+.  However, it doesn’t change the fact that this is the end of an era.  Most may not remember this, but before Marvel and Netflix came to an agreement on developing a series of live action hero shows, Netflix was not doing well.  They weren’t the streaming service powerhouse they are today, as they had hardly anything worth watching.  This deal helped Netflix gain the clout and reputation of being a worthwhile source of entertainment.  Thanks to this deal, Netflix is in good hands, but it’s still sad to see this all end, nonetheless. 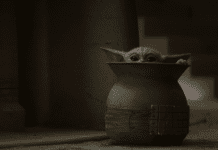