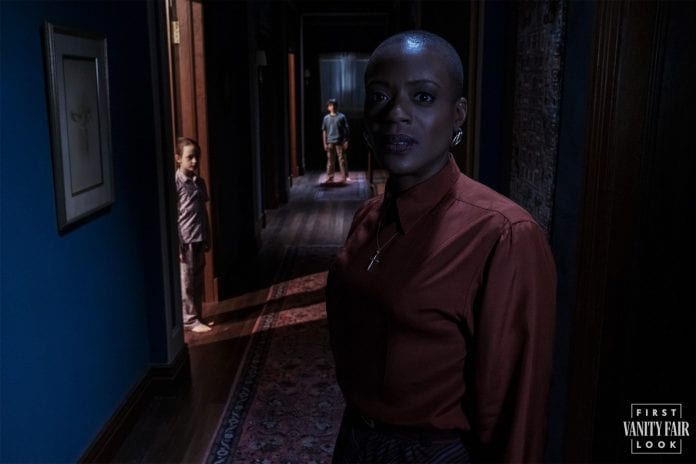 Thanks to Vanity Fair, we’re getting our first look at The Haunting of Bly Manor. Though many of the actors remain the same, the story is brand “new” and isn’t an actual sequel to the first season. Frankly, I love this idea far more than doing a straight sequel to the series (which ended pretty perfectly).

There’s a lot to enjoy about these first look images. While nothing is particularly chilling in them, they seem to set the tone, and show off the new time period. I won’t recap it all here, but Vanity Fair’s article includes a lengthy interview with Director Mike Flanagan, who goes into more detail on the story, the characters, and what to expect this time around. I’m really digging this poster Netflix released as well. Gives off some strong horror vibes while still being relatively simple. Now…let’s get that trailer!

The Haunting of Bly Manor is coming to Netflix this Fall.