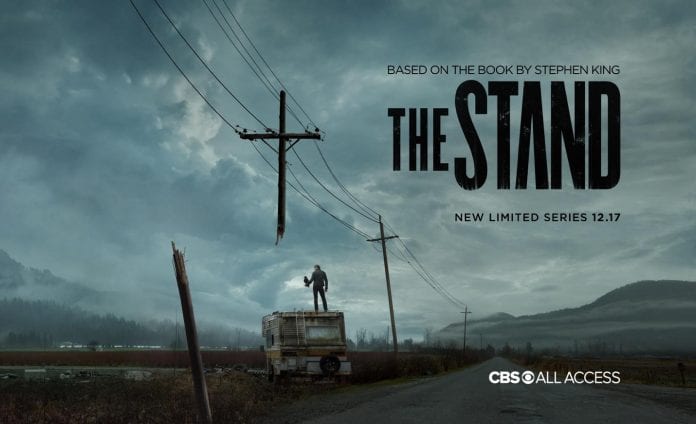 During the virtual New York Comic-Con, a full trailer for the new The Stand miniseries coming to CBS All Access was released.

On a livestream panel during NYCC Metaverse (the virtual Con experience for this year’s event), the cast and creators behind the CBS All Access adaptation of The Stand were on hand to answer some questions and generally hype up the new series. Even better, they dropped a new, full length, trailer for eager Stephen King fans to drool over:

I’m digging the overall vibe of the trailer, and there’s plenty of interesting snippets for fans of the novel to raise eyebrows at. It’s a solid trailer and I’m eager to see this cast bring these characters to life…it just feels like something is lacking. There’s no big “oomph” moment in the trailer.

Don’t get me wrong, it still looks great, but perhaps I’m just not as engaged in a story about a viral pandemic wiping out the world right now…

THE STAND is Stephen King’s apocalyptic vision of a world decimated by plague and embroiled in an elemental struggle between good and evil. The fate of mankind rests on the frail shoulders of the 108-year-old Mother Abagail (Whoopi Goldberg) and a handful of survivors. Their worst nightmares are embodied in a man with a lethal smile and unspeakable powers: Randall Flagg (Alexander Skarsgård), the Dark Man.

Based on King’s best-selling novel of the same name, CBS All Access’ THE STAND will close with a new coda written by the famed author himself.

The nine-episode limited series will premiere on December 17th, with new episodes dropping every Thursday after that. Will you be tuning in?