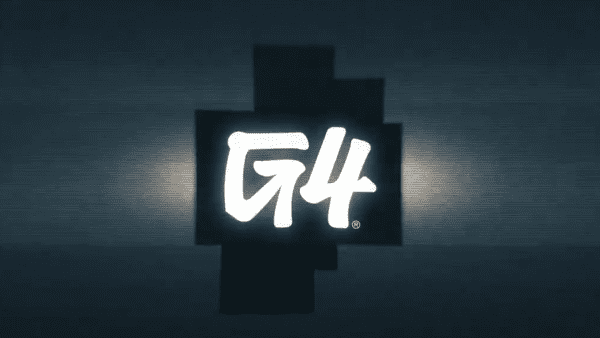 Six years ago the world of nerdom lost a staple as the G4 TV Channel which included gaming and much of the world of nerd culture used its last credit. Well today a new batch of credits seem to be loaded because thanks to a video posted by the network’s twitter account, the channel will be making a return in 2021.

On Friday, the Twitter accounts of G4TV and G4’s Attack of the Show! and X-Play, two popular shows on the network, both posted the same cryptic teaser video, captioned with “We never stopped playing.” The video culminates with the numerals “2021.”

IGN, the game and entertainment publication also posted a version of the video ( they beat G4 by about two minutes in posting before the G4 account did). The teasers were timed for [email protected], the first virtual streaming edition of the annual fan convention.

As far as the g4tv.com website goes, it currently features a playable Pong game and is registered to Comcast-owned NBCUniversal Media. An NBCU rep declined to comment.

According to a source that spoke with Variety the relaunch of G4 is coming out of Comcast Spectacor, the company’s sports and esports division whose main businesses are the NHL’s Philadelphia Flyers and the Wells Fargo Center arena.

If you dont remember back in 2013, NBCU said it would rebranded G4 as the Esquire Network; which was to be dedicated to men’s fashion in both casual and business wear.  However a few months after the rebranding announcement the media company reversed course and pivoted Style Network to Esquire Network — before announcing the full shutdown of G4 in November 2014.

Many alum of the network tweeted out the surprise and support. Olivia Munn, who started her career as a co-host of “Attack of the Show!,” joined in the excitement over the resurrection of G4, tweeting, “Oh hey now… #G4 #G4TV.”

Other notable tweets included Adam Sessler, who had co-hosted G4’s X-Play video game review series, responded to the reemergence of the G4 property with a tweet saying: “Woah, that’s a twitter account i didn’t expect to see again.”

But what has to be ine of the funniest part of the new guerrilla promotional campaign strategy has to be that of the email that was sent out to entertainment journalists. Each one received an email from the aforementioned “Phil” character (no last name), with the sender identifying themselves as a “respected corporate marketing professional.”

Here’s the text of the email, which had the subject line “G4ME ON!”:

This is Phil, respected corporate marketing professional. I’m checking in with a courtesy note as you may have come across a smattering of unconfirmed rumors surrounding this video. Please check it out, as well as the below fun facts.

Fun fact! G4TV.com is back online, too.

Check-In With the First Trailer for Netflix’s Ratched