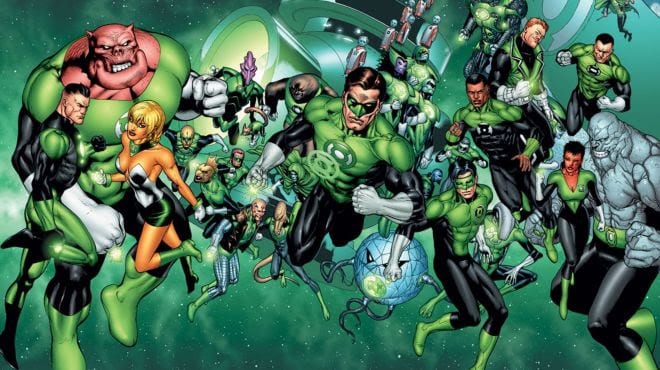 The HBO Max superhero drama about a corps of intergalactic space cops now has its writers and show runner!

Green Lantern is heading to HBO Max and has found its writers and showrunner. The superhero show will be written by Seth Grahame-Smith, who wrote The LEGO Batman Movie and Marc Guggenheim, co-creator of Arrow and a writer on the 2011 Green Lantern movie.

The drama will depict the adventures of a multitude of Lanterns, including Guy Gardner, Jessica Cruz, Simon Baz and Alan Scott — Earth’s first Green Lantern, who, true to the comics, is a gay man — and many more. The series will also include fan favorites such as Sinestro (who was played by Mark Strong in the movie) and Kilowog (who was voiced by Michael Clarke Duncan in the GREEN LANTERN movie), and will also introduce new heroes to the ranks of the Green Lantern Corps. Seth Grahame-Smith as at one point set to both write and direct THE FLASH film now being directed by Andy Muschietti. He will serve as writer and showrunner.

The project was first unveiled at the end of 2019 at the HBO Max WarnerMedia Day Presentation, where Greg Berlanti said that it would be “unlike anything seen on television”

Announcements as to whom will play the cast of intergalactic police officers have yet to be announced.