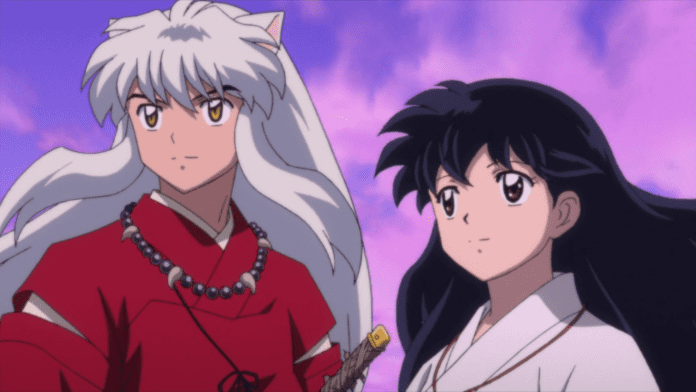 It appears that a sequel of some kind to the iconic series Inuyasha is in the works, much to the joy of manga and anime fans everywhere.

Inuyasha, for those who might not know, was a highly popular manga series and anime series that ran for a number of years. The manga ran from 1996-2008, while the first anime ran from 2000-2004, with a second running from 2009-2010 to put a definitive conclusion on Inuyasha’s story. But it appears there’s more story to tell after all, as today concept art was revealed for what appears to be a sequel to the story of Inuyasha.

The project is currently known as Hanyo no Yashahime and appears to show the children of several of the fan favorite characters. What’s really grabbing some people’s attention however is that one of these images has Inuyasha and his brother Sesshomaru in the background, implying that maybe we’ll get to reconnect with these characters in the story. It should be emphasized that it’s not currently known at this time if Hanyo no Yashahime will be a manga, an anime, or both. However, anything that continues the story of Inuyasha is sure to attract a lot of attention, no matter what form it ultimately takes. No other details are known at this time but this is a development that will be closely watched to see what comes of it.

(UPDATE): It has since been learned that there IS an anime sequel series to Inuyasha in development. The English titles is Yashahime: Princess Half-Demon and will follow the daughters of Sesshomaru and Inuyasha on all-new time traveling adventures!

Here is the official synopsis:

The daughters of Sesshomaru and Inuyasha set out on a journey transcending time!

In Feudal Japan, Half-Demon twins Towa and Setsuna are separated from each other during a forest fire. While desperately searching for her younger sister, Towa wanders into a mysterious tunnel that sends her into present-day Japan, where she is found and raised by Kagome Higurashi’s brother, Sota, and his family.

Ten years later, the tunnel that connects the two eras has reopened, allowing Towa to be reunited with Setsuna, who is now a Demon Slayer working for Kohaku. But to Towa’s shock, Setsuna appears to have lost all memories of her older sister.

Joined by Moroha, the daughter of Inuyasha and Kagome, the three young women travel between the two eras on an adventure to regain their missing past.

There are no details available as to when Yashahime: Princess Half-Demon will enter production or be released, but it’s exciting to know that we’ll be following the adventures of Sesshomaru and Inuyasha’s daughters.