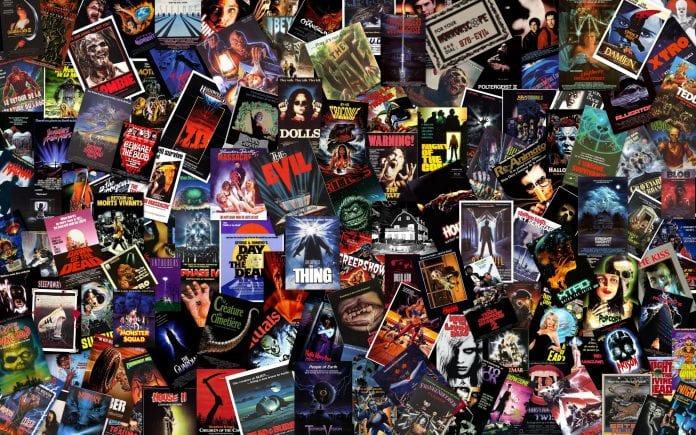 While we’ll have to be celebrating Halloween a bit differently this year, thankfully there are tons of great horror films you can stream safely at home…

We all know that 2020 has not been the best year on record for everyone on the planet Earth. So for this month, I’m officially all in for Spooktober. Yes folks, the entire month of October 2020 will be one big Ol’ Halloween party. The only downside is, going out to parties just isn’t a smart thing for some folks to do right now.

So how do we celebrate it? By doing what we’ve done for most of the year, watching movies. I love a good horror movie, hell I even enjoy some of the bad ones. I went thru a few of the streaming services I owned and compiled a list of movies and 1 (short) TV series that should keep you busy for the entire month. Some will scare you, some will make you laugh, some will disturb you, but (hopefully) all of them will entertain you.

For the past two years, Blumhouse has been releasing a horror/thriller movie on Hulu the first Friday of the month. The “Into the Dark” series from Blumhouse is honestly a pretty darn good set of movies, each movie has a theme depending on a particular holiday during that month or for some a certain appreciation day. There are currently 22 movies available which should keep you busy for most of the month.

My favorites in the series are:

Amazon has a HUGE list of movies to choose from. Not just what is free on their Prime service but also movies for rent. So I was looking at a seriously daunting task of picking out what’s worthy to watch on the service. Then I happened to come across Elvira.

Although I did see her movie Elvira Mistress of the Dark back in the ’80s, I have to admit I have never seen a movie hosted by the sexy horror host. So when I came across a slew of movies hosted by Elvira on Amazon, I jumped right in. 13 nights of Elvira(2014) is exactly what you’d expect. 13 Old Grade “B”, maybe a few Grade “Z”, horror movies with Elvira’s risqué humor sprinkled throughout.

Blumhouse has also planned to release 8 original movies on Amazon Prime Video, 4 of which we will be able to view this October.

Netflix is much different from Amazon in that you can’t rent other films to watch, but that’s not a big deal because Netflix does have a rather decent list of movies that go bump in the night.

Not all Halloween-inspired movies require buckets of blood, warm entrails, weirdos with knives, or demonic henchmen. Here are some shows that, I feel, embodies the spirit of Halloween without having an actual body count.

Not many people use Crackle, hell not many people even KNOW about Crackle. The service was Sony’s attempt to get into the SVOD service back in the mid-2000s. However like most things with Sony they did not promote the service very well. So while they can’t really hang with the big boys of streaming they do have few movies that are worth a glance:

When you’re looking for horror there’s one place that literally specializes in the genre, Shudder. I’ve had the service for about 2 years now and I’ve barely used it. So imagine my surprise when I see a huge list of Shudder Original and Exclusive Movies.

The following horror choices will be from the Shudder originals listing of movies.

‘Fast & Furious’ to End After Two More Films, Justin Lin to Direct Both