The cast of Amazon’s Lord of the Rings series is becoming rather impressive, as Game of Thrones alum Joseph Mawle joins the cast.

Joseph Mawle might be best known to fans for his role as Benjen Stark in Game of Thrones, but he’s now set to bring his considerable acting skills to Middle-earth. While nothing is confirmed, allegedly, Mawle has been cast to play a villainous figure named Oren. Again, it should be emphasized that this is not known for certain.

Mawle joins a growing cast that now consists of Will Poulter, Markella Kavenagh, and Maxim Baldry. If Mawle has indeed been cast as a series villain, it will be interesting to see what roles the other actors have been set to play. 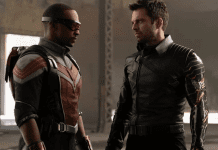