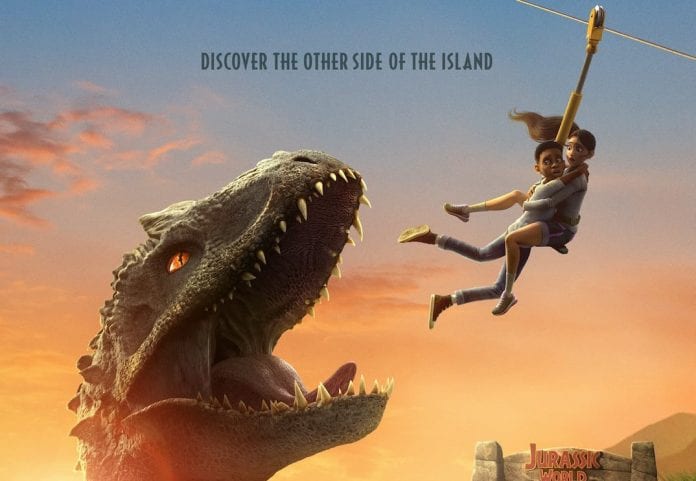 Netflix has released a new trailer for their upcoming Jurassic World animated series Camp Cretaceous, giving us more details on the show and a launch date!

September 18th. That’s when we’ll get to watch Netflix’s eight episode animated series that will take us back to Jurassic World for an all new story. More than just a release date, we have a swanky new, Dino-filled, trailer to enjoy:

I’m very much looking forward to this one. I like the idea that this is set during the same time as the first Jurassic World movie (just on the opposite side of the island). It allows us to encounter familiar creatures, while still getting new story. Also, it just looks cool! Jurassic World: Camp Cretaceous follows a group of six teenagers chosen for a once-in-a-lifetime experience at a new adventure camp on the opposite side of Isla Nublar. When dinosaurs wreak havoc across the island, the campers are unable to reach the outside world and will quickly go from strangers to friends to family as they band together to survive.

I’m a sucker for the Jurassic franchise (dinosaur stories in general) and am very much looking forward to checking this out in September. Will you be tuning in?