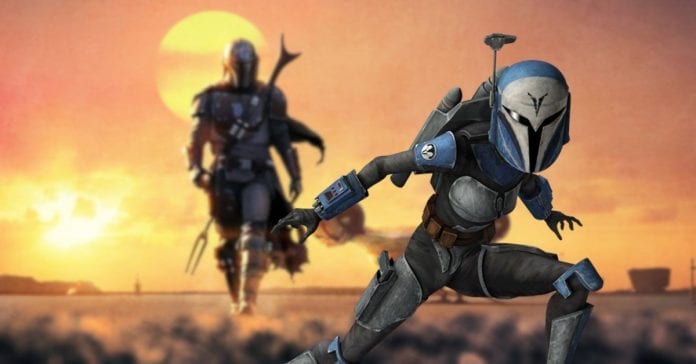 As news about the second season of The Mandalorian continues to emerge, it’s now been learned that Katee Sackhoff has been cast as Bo-Katan Kryze in the upcoming season.

There have already been a number of casting announcements, both official and speculated, made about the second season of The Mandalorian, but this could be the biggest announcement yet. Not only is Katee Sackhoff a huge addition to The Mandalorian, she’s also the voice of Bo-Katan Kryze in Star Wars: The Clone Wars and Star Wars: Rebels. Having Sackhoff play the same role in live-action just makes sense.

Additionally, adding Bo-Katan Kryze to the story makes it all but certain that the Darksaber is going to play a huge part in this season’s story, since the legendary weapon was last seen in her possession (so perhaps we’ll learn how Moff Gideon got it). And, in addition, we’re more likely than ever to learn what happened in the Great Purge on Mandalore that was referenced on several occasions in the first season. If anyone can provide the details, it’s Bo-Katan Kryze. If the name sounds familiar, that’s because we just saw Bo-Katan in the latter half of The Clone Wars final season during the Siege of Mandalore.

Anyone already excited for the second season of The Mandalorian will be even more so now that Katee Sackhoff is joining the story as Bo-Katan Kryze. The second season is still expected to premiere this fall on Disney+.