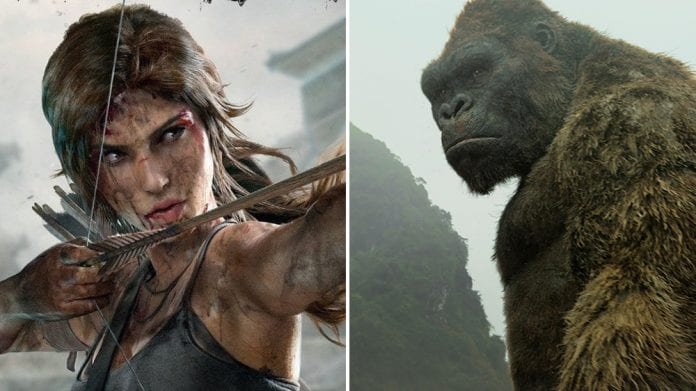 Fans of Kong: Skull Island and Tomb Raider will soon have new anime series’ set in their respective universes compliments of Netflix and Legendary.

It seems we haven’t seen the last of Skull Island or the world of the Tomb Raider, as Legendary is partnering with Netflix to create two new anime series that will expand the worlds of King Kong and Lara Croft.

The first series, Skull Island, will take place on the titular island and follow shipwrecked characters who are attempting to get off the island while evading the dangerous predators that call it home, including Kong. Brian Duffield will write and executive produce Skull Island along with Jacob Robinson. The animation will be done by Powerhouse Animation, the same company who animates Castlevania and Blood of Zeus.

The second series, Tomb Raider, will pick up after the video game reboot trilogy and follow Lara Croft as she continues her exploration activities. Tomb Raider will be written by Tasha Huo, who will also be the executive producer along with Dmitri M. Johnson, Stephan Bugaj and Howard Bliss.

There’s no production date or release date as yet for Skull Island or Tomb Raider, though hopefully we’ll know more about both series’ soon.