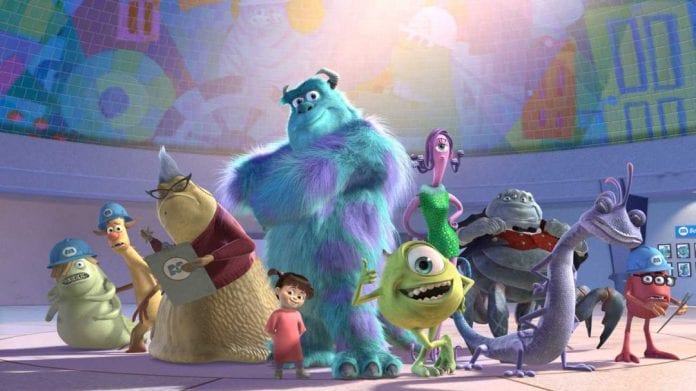 A release date has been revealed for the upcoming Monsters Inc. spin-off Monsters at Work, and it’s coming this summer!

Monsters at Work takes place in the wake of the events of Monsters Inc. and the official synopsis reveals that the transition from scare power to laugh power isn’t as smooth as we were led to believe:

“Monsters At Work takes place the day after the Monsters, Incorporated power plant started harvesting the laughter of children to fuel the city of Monstropolis, thanks to Mike and Sulley’s discovery that laughter generates ten times more energy than screams. It follows the story of Tylor Tuskmon, an eager young monster who graduated top of his class at Monsters University and always dreamed of becoming a Scarer, until he lands a job at Monsters, Incorporated and discovers that scaring is out and laughter is in.”

Ben Feldman stars as the voice of Tylor Tuskmon in the series, which introduces new monster characters alongside returning favorites, including Mike Wazowski (Billy Crystal) and James P. “Sulley” Sullivan (John Goodman). Starring alongside Feldman as part of the MIFT crew are: Henry Winkler as Fritz, the scatterbrained boss; Lucas Neff as Duncan, an opportunistic plumber; and Alanna Ubach as Cutter, the officious rule follower.

In addition to Crystal and Goodman, returning cast members from the original movies include John Ratzenberger as Yeti and Tylor’s dad, Bernard; Jennifer Tilly as Celia Mae; and Bob Peterson as Roze, twin sister to his original Monsters, Inc. character, Roz. Voicing additional characters are Stephen Stanton as Smitty and Needleman, the custodial team at Monsters, Inc., and Aisha Tyler as Tylor’s mom, Millie Tuskmon.

Monsters at Work returns to Monstropolis on July 2nd, 2021.