Disney+ will be airing National Geographic’s scripted series The Right Stuff, a story about NASA’s Mercury 7 astronauts, exclusively on the platform this fall.

The Right Stuff, an eight-episode, scripted series takes a clear-eyed look at what would become America’s first “reality show,” as ambitious astronauts and their families become instant celebrities in a competition that could kill them or make them immortal.

The two men at the center of the story are Major John Glenn, a revered test pilot and committed family man with unwavering principles, portrayed by Patrick J. Adams (“Suits”), and Lieutenant Commander Alan Shepard, one of the best test pilots in Navy history, portrayed by Jake McDorman (“What We Do in the Shadows,” “Lady Bird”).

The series also follows NASA’s engineers, who work against the clock as pressures mount from Washington and a transfixed public. And we witness the underbelly of a myth-making propaganda machine headed by NASA’s PR department and aided by the writers and editors at LIFE Magazine.

“This true story of scientific innovation and human perseverance could not be more timely,” said Courteney Monroe, president, National Geographic Global Television Networks. “National Geographic’s The Right Stuff’ is an aspirational story about exploration, ambition, determination and resilience and reminds us that human beings can achieve the extraordinary when united by a common purpose. This series provides a compelling behind-the-scenes look at the flawed, but heroic Mercury 7 astronauts and we are thrilled that it has found its perfect home on Disney+.”

“As our audiences around the world turn to Disney+ to find inspiration and optimism, we believe the true-life heroism of the Mercury 7 will showcase the tenacity of the human spirit and inspire a new generation to reach for the stars,” said Ricky Strauss, president, Content & Marketing, Disney+. “The wonderful team of storytellers at National Geographic, Warner Horizon Scripted Television and Appian Way have crafted a compelling and entertaining tale and we are honored to give it a global home as the first scripted Disney+ original series from National Geographic.” The Right Stuff will be available on Disney+ this fall. 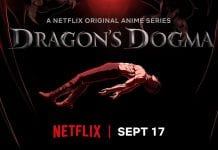