NBC Universal has dropped the name of their brand-new ad-supported, direct to consumer streaming service and it is Peacock. This “highly anticipated” service will launch next year and boy I can tell you right now I can’t wait for this service to start up. I’m kidding this is a completely unneeded service and I’m seriously considering just going back to cable TV now.

Peacock will bring you the hit shows that you may have loved including their 2 powerhouse hits, “The Office” and “Parks and Recreation”. The service will also feature blockbusters and critically-acclaimed films from Universal Pictures, Focus Features, DreamWorks Animation, Illumination, and Hollywood’s biggest studios. In addition, Peacock will tap into NBCUniversal’s unmatched ability to deliver a broad range of compelling topical content across news, sports, late-night, and reality.

Peacock rolls out in April of 2020 with over 15,000 hours of content and takes center stage at the end of July during the 2020 Summer Olympics. As previously announced, Peacock will be both advertising and subscription-supported. Details on pricing and distribution will be announced closer to the launch date.

Not only did NBC announce a name and when the service would launch, but also some of the shows that will be exclusive to the service. Lets start off with their drama shows starting with “Dr. Death,” based on the true-crime podcast starring Jamie Dornan, Alec Baldwin and Christian Slater; a reboot of the critically acclaimed and award-winning “Battlestar Galactica,” from Golden Globe® winner and Emmy-nominated “Mr. Robot” and “Homecoming” EP Sam Esmail; “Brave New World,” based on the dystopian novel by Aldous Huxley and starring Alden Ehrenreich (“Solo: A Star Wars Story”) and Golden Globe Award nominee Demi Moore; “Angelyne,” a limited series from Golden Globe Award nominee Emmy Rossum; and “One of Us Is Lying,” based on the New York Times best-selling young adult mystery-thriller.

As mentioned above you will be able to watch the office and Parks and Rec, but be able to watch  some of the most popular NBC and classic TV series of all time on Peacock, including “30 Rock,” “Bates Motel,” “Battlestar Gallactica,” “Brooklyn Nine-Nine,” “Cheers,” “Chrisley Knows Best,” “Covert Affairs,” “Downton Abbey,” “Everyone Loves Raymond,” “Frasier,” “Friday Night Lights,” “House,” “Keeping Up with the Kardashians,” “King Of Queens,” “Married…With Children,”“Monk,” “Parenthood,” “Psych,” “Royal Pains,” “Saturday Night Live,” “Superstore,” “The Real Housewives,” “Top Chef,” and “Will & Grace.”

Peacock will not only contain a huge catalog of TV shows from NBC, you also get movies. After all whats a streaming service without movies, right? Ya gotta have movies, man! Well hows this for a wonderful lineup of films: “American Pie,” “Bridesmaids,” “Knocked Up,” “Meet the Parents,” and “Meet the Fockers,” to award-winning classics such as “A Beautiful Mind,” “Back to the Future,” “Brokeback Mountain,” “Casino,” “Dallas Buyers Club,” “Do the Right Thing,” “Erin Brockovich,” “E.T. The Extra Terrestrial,” “Field of Dreams,” “Jaws,” “Mamma Mia!,” “Shrek,” and “The Breakfast Club.” Peacock will also feature films from the franchises: “Bourne,” “Despicable Me,” and “Fast & Furious.”

With all this greatness all I’m left to ask is “WHY THE HELL DO WE NEED ANOTHER STREAMING SERVICE?!?!”. This all comes down to just be because we can, should we do this? I personally have the following services Netflix, Amazon, Starz, Shudder, Sundance, Hulu, CBS all access, DC universe & I’m getting Disney + once its available. Now we have HBO Max on the way, Peacock, and I’m pretty sure FOX and CW may not be too far behind. There’s been some highlight by NBC on the return of Saved by the Bell featuring Elizabeth Berkley and Mario Lopez, and they are talking to the other cast members on returning. BSG getting another reboot, AP BIO which was canceled making a season 3 comeback for the service and the long-awaited PSYCH 2nd movie “Lassie come home.”  None of these, in my opinion, are good enough for me to want to even think about this service.

As mentioned earlier we do not know how much this service will cost, but if it’s over $5.99 a month for an AD SUPPORTED (don’t forget this part) service stay away it’s not worth it 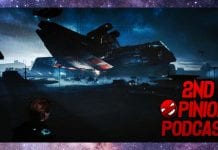