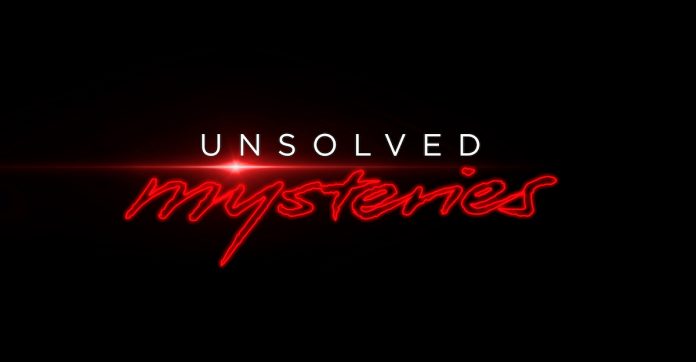 The series that gave so many of us nightmares back in the day is returning (again) with all new episodes. Check out the first trailer for Netflix’s Unsolved Mysteries!

I can’t begin to tell you how excited I am about this, especially because I had absolutely no idea Netflix was developing new Unsolved Mysteries episodes! My continued interest in the mysterious and paranormal can all be traced back to the original series and Robert Stack’s clear, yet terrifying narration. As such, I’m super excited to see the series get another revival (the last time was on Spike TV in 2008 with host Dennis Farina). Today brings our first look at the revamped series, which will drop the first six episodes (of 12) on July 1st:

The iconic series UNSOLVED MYSTERIES is back! Fusing signature elements from the original series with contemporary immersive, character-driven storytelling, the 12 new episodes are rooted in the experiences of ordinary people who have lived the unthinkable — from the trauma of a loved one’s unexplained disappearance or horrific death, to the shock of a bizarre paranormal encounter. Alongside detectives and journalists, family members offer clues, present theories, and identify suspects, hoping one viewer holds the key to solving the mystery. From the creators of the original docuseries, Cosgrove/Meurer Productions, and 21 Laps Entertainment, the producers of Stranger Things.

Will you be tuning into this next week?