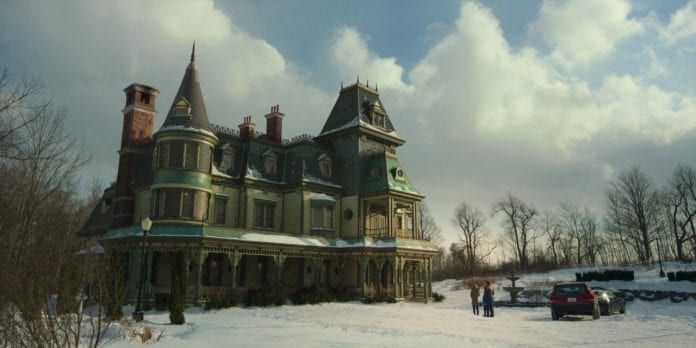 The first trailer for Netflix’s upcoming adaptation of IDW’s Locke & Key has arrived. Giving fans a glimpse of what to expect.

With just about a month to go before it arrives on Netflix, eager fans are finally getting their first real look at the long gestating Locke & Key series. The new trailer arrived this morning, showing off plenty of moments from the book and setting the overall tone:

There are a lot of things I love about this trailer. For one, it’s just neat to finally see this story come to life. It’s one of my favorite graphic novel series and it’s fun to see some of these elements jump off the page. It’s definitely different, however, and looks to adapt the larger story (which was told over several graphic novel volumes) in a unique way. Still, I’m liking it.

What I’m curious about, is the tone. The trailer leans more into the whimsy/adventure, where the original comics are firmly in the horror genre. Perhaps they’re going for a more horror-lite tone (kind of like Stranger Things) to appeal to a bigger audience. I’m fine either way as I’m digging this trailer, but I guess we’ll have to wait and see how it pans out when the full series drops next month.

After their father is murdered under mysterious circumstances, the three Locke siblings and their mother move into their ancestral home, Keyhouse, which they discover is full of magical keys that may be connected to their father’s death.  As the Locke children explore the different keys and their unique powers, a mysterious demon awakens — and will stop at nothing to steal them. From Carlton Cuse (Lost, Bates Motel) and Meredith Averill (The Haunting of Hill House), the series is a coming-of-age mystery about love, loss, and the unshakable bonds that define family.

Based on IDW Publishing’s beloved graphic novel by Joe Hill and Gabriel Rodriguez, Locke & Key will hit Netflix on February 7, 2020.