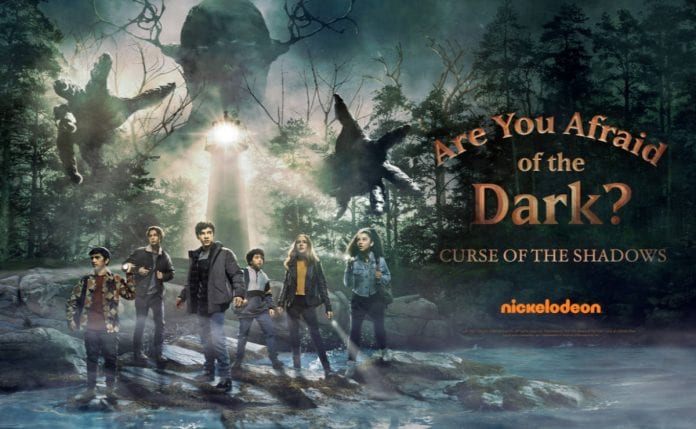 Ahead of its premiere on February 12, Nickelodeon has released the first trailer for Are You Afraid of the Dark?: Curse of the Shadows, season 2 of the rebooted anthology horror series.

This first trailer teases what’s to come in the second season of Are You Afraid of the Dark? and serves as an introduction to the new Midnight Society, as well as the monsters we’ll be meeting this time around. The new season is scheduled to premiere on Nickelodeon on February 12, 2021.

While short, this trailer looks utterly terrifying, including a scene that reminds me very much of A Nightmare on Elm Street (but without any blood). It looks like there’s plenty of scary adventures in store this season.

Here is the official synopsis for Are You Afraid of the Dark?: Curse of the Shadows:

Are You Afraid of the Dark?: Curse of the Shadows follows an all-new Midnight Society group of kids who learn of the terrifying curse cast over their small seaside town, and are haunted by a mysterious creature known as the Shadowman. The new members of the Midnight Society are: Luke, played by Bryce Gheisar (The Astronauts, Wonder); Jai, played by Arjun Athalye; Hanna, played by Beatrice Kitsos (Child’s Play, iZombie); Gabby, played by Malia Baker (The Baby-Sitters Club); Seth, played by Dominic Mariche (The Christmas Yule Blog, A Gift to Cherish); and Connor, played by Parker Queenan (Party of Five, Andi Mack).

The six-episode season premieres on February 12, 2021 and will air a new episode weekly.

Are you excited to see the new season of Are You Afraid of the Dark?