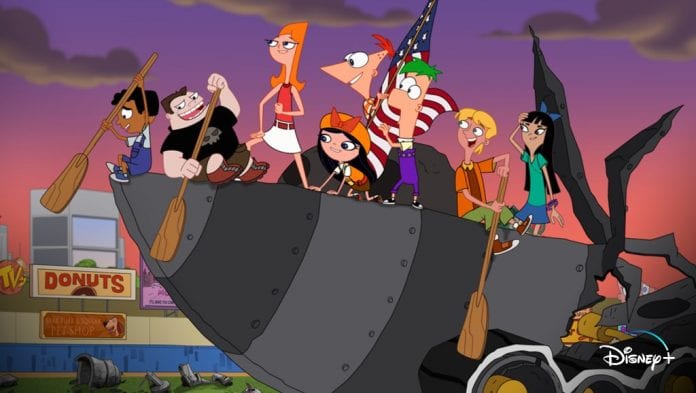 Disney has announced the release date for the brand new Phineas and Ferb movie, Candace Against the Universe, which will premier on Disney+.

While we still don’t have a trailer (though I suspect the SDCC @ Home panel they have planned will deliver on that), today we have a date to mark on the calendar for the upcoming Phineas and Ferb movie. Candace Against the Universe will hit Disney+ on August 28th! Executive-produced by the creators/executive producers of the Emmy Award-winning “Phineas and Ferb” series, Dan Povenmire and Jeff “Swampy” Marsh, “Phineas and Ferb The Movie: Candace Against the Universe” is an adventure story that tracks stepbrothers Phineas and Ferb as they set out across the galaxy to rescue their older sister Candace, who after being abducted by aliens, finds utopia in a far-off planet, free of pesky little brothers.

Even better, the entire series will be shown on Disney XD starting August 25th, leading into the movie’s debut, giving everyone a chance to catch up on the beloved animated show.