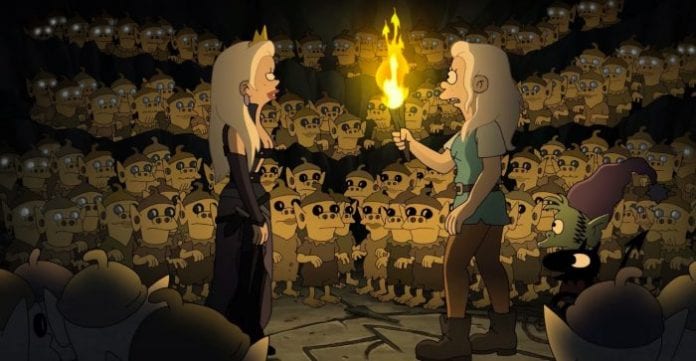 Netflix has released the first trailer for the next season of Disenchantment, while also revealing when the animated show returns!

It’s been a while since the last season of Disenchantment (the Netflix animated series from the Simpsons creators) arrived. Hell, it’s been over a year at this point, in which fans have been wondering what would happen next. I very much have enjoyed the series so far and it definitely kicked off some interesting ideas in the past season.

I’ve been wondering when we’ll finally get to see more, and thankfully it won’t be a long wait. Today, Netflix announced (via IGN) the show will return for a third season one month from today!

Bean must step up her princess game amid royal plots, deepening mysteries, King Zøg’s increasing instability and concerns about who will rule Dreamland.