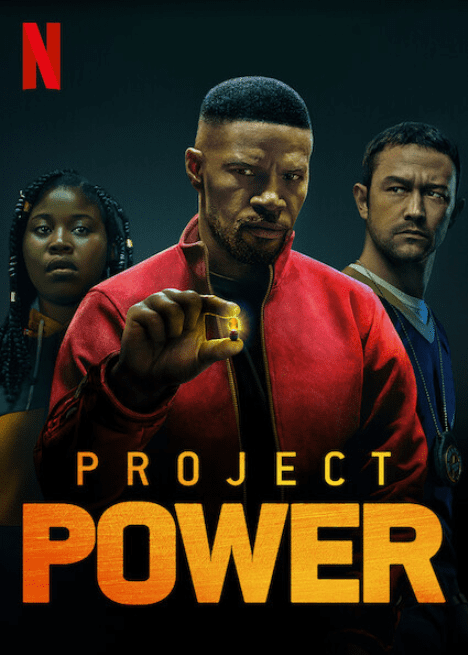 Superheroes have been the in-thing for quite some time now, and Netflix has been steadily adding to its growing catalog of super-powered beings, with shows like Umbrella Academy, Raising Dion, Warrior Nun, and their most recent hit, The Old Guard.

Headed our way August 14th Netflix will be adding Project Power to that list. The thing that really intrigues me with this movie is who they have starring in it. Jamie Foxx (Just Mercy, Robin Hood) & Joseph Gordon-Levitt (Snowden, 7500). These two magnificent actors will be teaming up to bring us what should be a summer hero hit. And to be honest, the way things have been during the quarantine, I’ll take a blockbuster hit wherever I can get it.

About the Film – On the streets of New Orleans, word begins to spread about a mysterious new pill that unlocks superpowers unique to each user. The catch: You don’t know what will happen until you take it. While some develop bulletproof skin, invisibility, and super strength, others exhibit a deadlier reaction. But when the pill escalates crime within the city to dangerous levels, a local cop (Joseph Gordon-Levitt) teams with a teenage dealer (Dominique Fishback) and a former soldier fueled by a secret vendetta (Jamie Foxx) to fight power with power and risk-taking the pill in order to track down and stop the group responsible for creating it.

Check out the Trailer below: