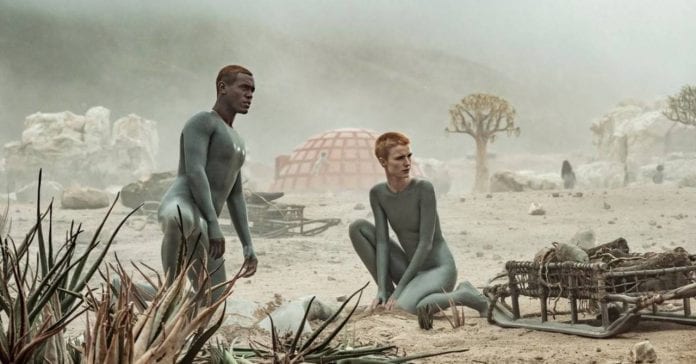 The first trailer for Ridley Scott’s new Sci-Fi series for HBO Max has arrived, offering chills, thrills, and plenty of action to get you excited.

To be entirely honest, I have absolutely no idea what’s going on in this trailer, but I know for damn sure I can’t wait to see more of it:

There’s a lot to unpack here, but it feels like a solid blend of mainstream Ridley Scott Sci-Fi along with the higher concept stuff to boot. Considering the director’s love of exploring humanity through Androids, Raised By Wolves feels like the perfect outlet. At the very least, it looks like a great addition to HBO Max’s exclusive line-up. From executive producer Ridley Scott, Raised by Wolves centers on two androids tasked with raising human children on a mysterious virgin planet. As the burgeoning colony of humans threatens to be torn apart by religious differences, the androids learn that controlling the beliefs of humans is a treacherous and difficult task.