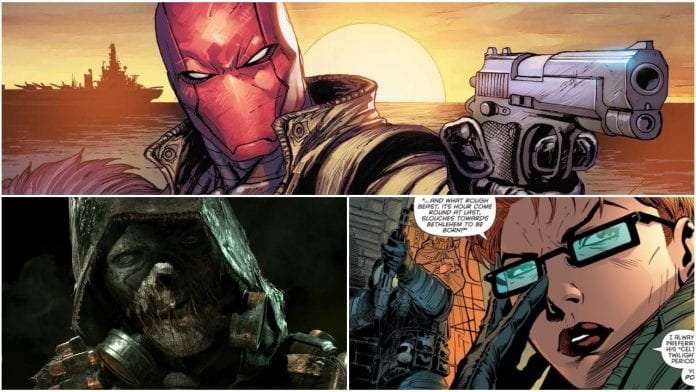 While we don’t know when Season 3 of Titans will air, we now know that three influential, iconic Batman characters will be joining the series. During DC Fandome, the cast and execs of Titans came together to reflect on the season. Toward the end, Executive Producer Greg Walker revealed that the Titans will be moving to the city of crime, Gotham in Season 3.

By taking Titans to such an iconic place, there had to be some iconic characters featured. With that in mind, Walker announced that we will meet Scarecrow a.k.a. Jonathan Crane and Commissioner Barbara Gordon. Along with that, Walker also revealed that Jason Todd (Curran Walters) will become Red Hood, after falling out with the Titans in Season 2.

You can watch the panel at around the 15 minute mark to see the official reveal. Thanks to Bonchonny for the video.

As more news on Titans Season 3 is revealed, we’ll have it here on Cinelinx.