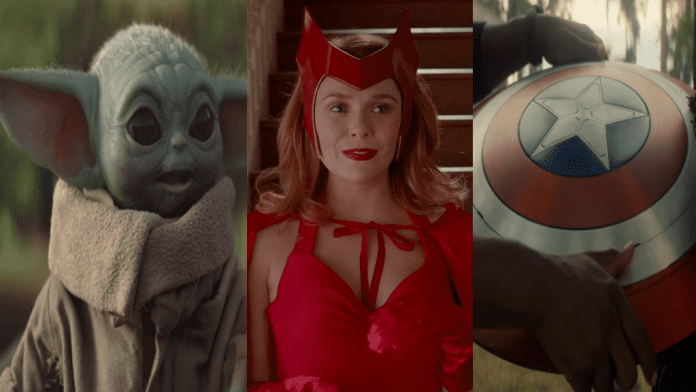 Super Bowl Sunday delivered tons of epic moments for viewers around the world. However, the moment that had most fans talking was when Disney showed off WandaVision and The Falcon and The Winter Soldier in a Disney+ sizzle reel. Now, the first Marvel Studios series on Disney+ finally have a release window.

On the first quarter earnings call, Disney CEO Bob Iger announced to investors that The Falcon and The Winter Soldier will premiere in August 2020. A few months later, WandaVision will debut on the streaming service in December 2020. Sandwiched between the two will be Season 2 of The Mandalorian in October, per Iger.

As for the third Marvel Studios show Loki, there was no release window announced. That said, despite getting a brief moment in the Super Bowl spot, filming recently began on the series. It’s expected to be part of the 2021 lineup.

The Falcon and The Winter Soldier and WandaVision will be more than stand-alone shows. Both are set to directly affect the Marvel Cinematic Universe, with the events of WandaVision said to have a part to play in 2021’s Doctor Strange in the Multiverse of Madness.

As more news on all things Disney+ is announced, we’ll have them here.