Right now, there’s not much to go except that they are looking for a showrunner make this TV series a reality. The plan is to expand on the Resident Evil world and history and that it will keep the basic premise of the games / movies, which will explore the sinister secrets of the Umbrella Corporation and the new world order that arises after the T-Virus outbreak. Whether they will focus on the video games, movies, or try to blend both for these upcoming stories is unknown.

Paul WS Anderson was the man one behind the 6-movie franchise, which began in 2002 and ended in 2016, that starred Milla Jovovich as Alice, an Umbrella security officer that turns on her employer after the T-Virus outbreak in Racoon City. The movies were distributed by Constantin Film, who has been in talks to reboot the movie franchise. Last month Johannes Roberts was hired to write and direct the RE reboot with an all-new cast. 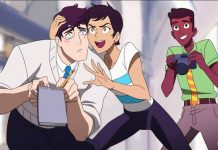 New Look at “My Adventures with Superman” Art 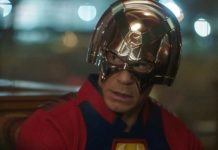