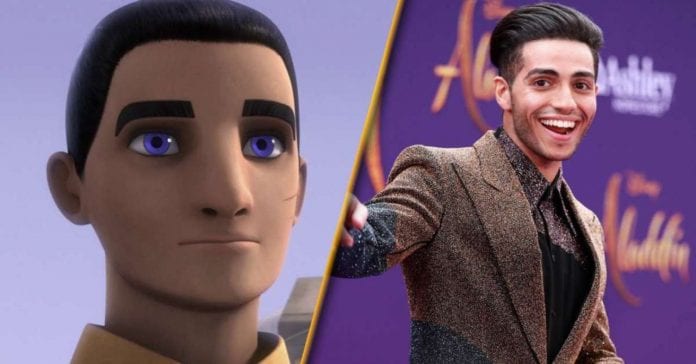 If rumors are to be believed, Star Wars has found its live-action Ezra Bridger for the upcoming Ahsoka series in Mena Massoud.

Disney has yet to comment on the possibility of Massoud being cast as Ezra Bridger, but if it proves to be true this would be huge for both character and actor. Mena Massoud, you might recall, starred as Aladdin in Disney’s 2019 live-action remake, and by all accounts did an outstanding job. Given the popularity of Ezra Bridger, casting Mena Massoud in the role appears to be an inspired choice, especially since Massoud bears a distinct resemblance to the character.

This is also exciting news because it would partially confirm a number of fan theories (including my own) that have speculated that the plot of Ahsoka will revolve (at least in part) around finding out what happened to Ezra Bridger after the conclusion of Star Wars Rebels.

Hopefully Disney will confirm this news sooner rather than later, as it would increase the already gigantic hype for the Ahsoka series.

What do you think of the possibility of Mena Massoud being cast as Ezra Bridger in Ahsoka?